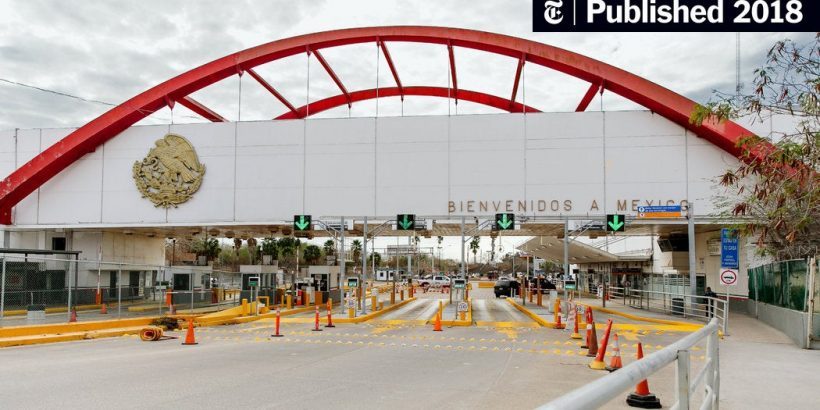 More than 100 illegal immigrants released into Texas by the U.S. Customs and Border Protection have tested positive for the CCP virus, or the virus that causes COVID-19, since late January, officials said.

Felipe Romero, a spokesperson for Brownsville, Texas, told Fox News that 108 migrants tested positive for the CCP virus since Jan. 25—when rapid testing for the virus began. That represents about 6.3 percent of the total undocumented migrants who were rapid-tested in Brownsville’s bus station, the official said.

The Epoch Times has reached out to the Department of Homeland Security (DHS), the agency that oversees the Border Patrol, for comment.

Romero told Fox that the city doesn’t have the authority to halt migrants who test positive for the virus from traveling anywhere else in the United States, although officials advised them to quarantine and follow federal health guidelines.

“The City of Brownsville continues to follow all guidelines provided by the CDC and [Department of State Health Services] for COVID-19. The migrants who test positive at the B-Metro facility are advised of quarantine procedures and are asked to socially distance,” Romero also told Noticias Telemundo Investiga.

“There are several NGOs providing resources to a positive case,” he said to the outlet. “For example, organizations help with quarantine either in a shelter or at hotel. Since the City started testing the migrants on January 25, there has been 6.3 percent of positive cases. The Cameron County positivity rate is 13.8 percent.”

Several illegal immigrants told Noticias Telemundo Investiga that they tested positive for the CCP virus after taking a rapid test in Brownsville, which is located near the U.S.-Mexico border.

“Right now we were tested for COVID and they separated about eight of us because we were positive,” Miriam Izaguirre, of Honduras, told Noticias Telemundo Investiga on March 2. “We are waiting right now.” She was waiting to catch a bus to Houston.

Some illegal immigrants added to the network that they tested positive and are planning to go to New Jersey, Maryland, and North Carolina.

Eva Orellana, 29, told the outlet that she’s planning to go to North Carolina—after she tested positive for the virus.

“On the way, we were wearing a mask all the time, gel, washing our hands,” she said. “Really, I don’t feel anything.”

Rep. Henry Cuellar (D-Texas), whose congressional district lies partially on the border, told Fox News this week that the surge of migrants along the border may turn into a full-fledged crisis.

“It is not a crisis yet, but it will become a crisis,” Cuellar warned. “The numbers have been increasing, and as your report just said a few minutes ago, the numbers are just increasing every day. The number of unaccompanied kids, the number of families who are coming in are just increasing every day. In my district, just a couple of days ago, 166 people. And it goes on, and just different numbers are going up. So, it’s not a crisis yet, but it’s going to get there very soon.”

The Democrat noted that it’s not just the increase in immigrants—but also the virus.

“You add COVID-19 on top of that. You add a lot of the border communities are not getting the vaccines fast enough. The fact they aren’t letting Mexican legal visa holders come across, but they’re letting undocumented people in, that does cause a concern to me and a lot of my border community leaders down there. So yes, and if you look at the Border Patrol, they’re operating at 25 percent,” he further stated.