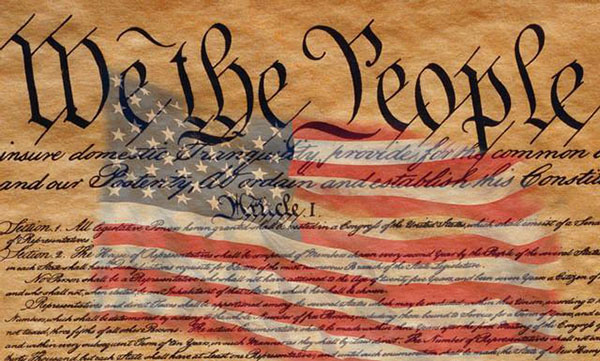 There is wisdom in our 2nd Amendment.  Our founders realized that the real power, needed to rest with the people, because this country was founded for the people, by the people.  The United States of America’s power comes from the consent of the governed, a contract. We should not cede our rights to a corruptible government.

History is full of examples of oppression through confiscation of arms.  Notice that blacks in the South were denied the rights to bear arms. The Nazi’s confiscated the guns of the Jews during the 1930’s.  Stalin and Mao disarmed their people in order to carry out their devastating purges under communism.

Mexico leaves it’s people defenseless against the violence of the drug cartels and corrupt government officials.  The ridiculous gun violence in our own inner cities tell the tale of the failures of gun control laws, disarming law abiding citizens to live at the mercy of criminals and thugs.

Many left leaning Americans today may see no reason for owning military style rifles.  What a blessing to have that sense of security and trust in the government. Is that the only justification they have for reversing the power structure that has guaranteed our freedoms?

What was the Age of Enlightenment?

Of course today it seems this was just something we learned about way back in high school.  Those of us who know our history realize this was a crucial turning point for Western Civilization.  Liberals will tell us it was the “Age of Reason” when the likes of Voltaire, Rousseau, John Locke and other philosophers started to question the social order, attacking the role of the church, and developing modern theories about the rights of man.

This is true in part, but the biggest accomplishment of this time was debunking the theory of the Divine Right of Kings.  This was a major victory for the common man.

European society was based on blood lines and the Kings of Europe would simply point out, “God chose me to be King” and similarly for those higher up the social ladder, as they were born to their position while you and I were born to empty the chamber pots!”  The Enlightenment posited that ALL MEN are endowed with the same “Natural Rights”.

The American Revolution stunned Europe because in this New World, enlightenment philosophies came to life!  These low born groups of ruffians have managed to establish a new government founded on these principles of equality, life, liberty, and government by the people and for the people.

European socialites gave the “American Experiment” little hope for success!  Ralph Waldo Emerson later coined the phrase “The shot heard round the world.” describing the impact of the American Revolution, where for the first time in the history of mankind the average man could truly be the author of his own destiny.

The rights of Americans were guaranteed in our founding documents and more specifically in our Bill of Rights!  These developments of course would lead to the French Revolution as these ideas spread through Europe and across the globe, while America grew and thrived to the amazement of all.

Who fired the shot heard round the World?

How fitting that no one knows… but we know that the Battle of Lexington Concord was begun by our famously forgotten “Minutemen”.  Farmers and civilians who mustered at a minutes notice, to battle the British Army, the most powerful army in the world at that time, common men.  These men would grab their own personal weapons…to defend their rights…and combat the forces of tyranny.

This moment in history was the crucial moment in which the everyday working man challenged authority and carved out his place in the world with courage and conviction.   I would like to remind them that not all Americans have that blessing. Remember, “Power tends to corrupt, and absolute power corrupts absolutely”, we are the exception in human history not the rule and we must be vigilant.

The real reason for our 2nd Amendment is clear, that in this time of ever increasing Government control and uncertainty we should not be surrendering our rights to defend what those brave patriots throughout history have fought for.

The shootings in Florida were a horrific tragedy that is now being politicized and the media is using our children as a propaganda tool to naively or maliciously help the forces of tyranny grab more power from the people.

You may not need a gun in your personal life and that is your right, but do not be misled into thinking that this is not a critical right for the people to defend themselves and their rights.  Freedom must be defended for ourselves and future generations. This is our time to stand.

I will leave you with these words from President Abraham Lincoln famously delivered commemorating the soldiers who fought and died at the Battle of Gettysburg;

“It is for us the living, rather, to be dedicated here to the unfinished work which they who fought here have thus far so nobly advanced. It is rather for us to be here dedicated to the great task remaining before us—that from these honored dead we take increased devotion to that cause for which they gave the last full measure of devotion—that we here highly resolve that these dead shall not have died in vain—that this nation, under God, shall have a new birth of freedom—and that government of the people, by the people, for the people, shall not perish from the earth.”

Our Forefathers intended for us to be masters of our own destiny!

e is a high school Social Studies Teacher in Southern California and United States Army Veteran, committed to defending our Constitutional Rights!  He is a married father of three amazing children and would like to see America stay true to our founding documents for the sake of future generations.  The United States of America is the exception, not the rule for bringing hope to the masses.  Visit him on Facebook: here