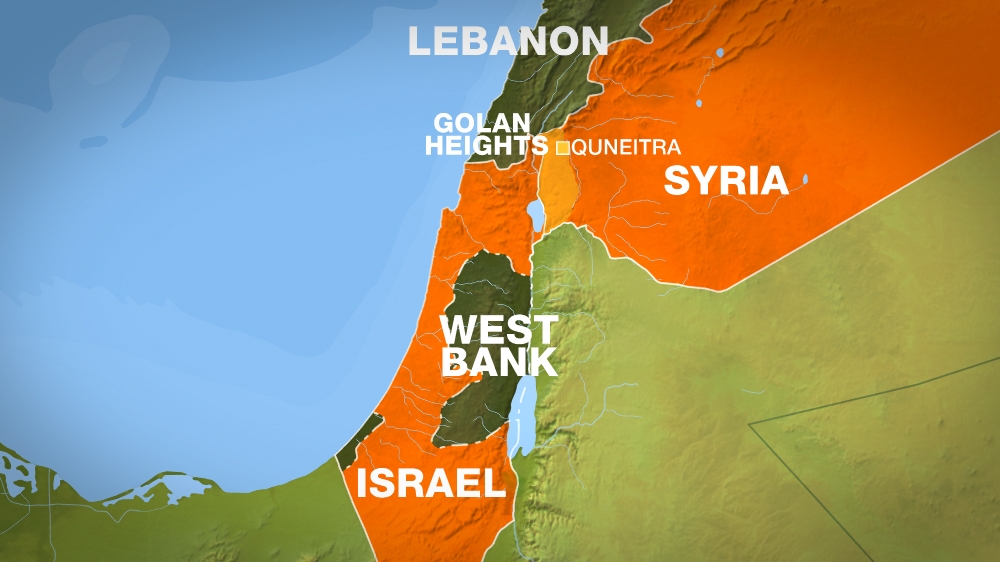 The pre-dawn barrage flattened Iranian military compounds, intelligence facilities and munition warehouses in Syrian territory, Israel said, describing the assault as the nation’s largest air operation in years. It came after Iran fired around 20 missiles toward the Israeli military stationed in the volatile Golan Heights region, in what reportedly is the first time Iran has attacked Israel from Syria.

Keep fighting. Stream Fear the Walking Dead on Sundays at 10|9c on AMC. No annual contract. No satellite needed.

“We don’t want an escalation, but won’t let anyone attack us or build an infrastructure to attack us in the future,” Israeli Defense Minister Avigdor Lieberman said Thursday, calling it “a new phase” in their longtime rivalry.

May 10, 2018: An Israeli Tank drives in the Israeli-controlled Golan Heights, near the border with Syria.  (AP)

If the tensions between Jerusalem and Tehran lead to even greater armed conflict, however, Israel is ready to go toe-to-toe with Iran.

Statistics from GlobalFirepower.com, which uses data to compare the military strength of the world’s armies, show that Iran’s active duty personnel significantly outnumber Israel’s, but Israel – with a larger annual military budget – has more than enough weaponry to protect itself from Iran.

Sept. 22, 2007: Members of Iran’s Revolutionary Guards march during a military parade to commemorate the 1980-88 Iran-Iraq war in Tehran.  (Reuters)

But Israel’s military budget for 2018 is $20 billion – more than three times what Iran is reported to be spending, $6.3 billion. That figure, the site says, ranks Iran 33rd overall in the world in terms of military spending for 2018, lagging behind some of its neighbors – Turkey, Afghanistan and Pakistan – and significantly behind the leader in the Middle East, Saudi Arabia, which is reported to be devoting upwards of $56 billion toward its army.

On land and in the air, Israel’s military appears to pack a greater punch than Iran’s. Israel boasts 2,760 tanks compared to Iran’s 1,650, and 596 aircraft to Iran’s 505, according to the website.

Iran, during the Syrian conflict, has been trying to secure a steady land corridor from its border to the Mediterranean to help Hezbollah – a terror group it backs in Lebanon – and Syrian dictator Bashar Assad. Iran has also stationed increasing numbers of its Revolutionary Guard unit in Syria to bolster its aims.

But as of February, the movement of Iran’s weaponry eastward continues to be done primarily by air, according to an analysis by Tel Aviv University’s Institute for National Security Studies.

April 20, 2017: A Hezbollah fighter holding an Iranian-made anti-aircraft missile on the border with Israel, in Naqoura, south Lebanon.  (AP)

“The use of the corridor is probably intended above all for the movement of troops to Syria to further assist in stabilizing the Assad regime,” it said. “However, at a later stage, or in parallel, the corridor can strengthen Hezbollah’s capabilities against Israel – and perhaps those of other Shiite militias currently stationed in Syria – and thereby intensify Iranian deterrence and the threat to Israel.

It added: “The delay in operating the corridor is likely due not only to the continued fighting in some of the areas, but also to the Iranians’ fear of attacks on convoys by the United States and/or Israel, as well as by Sunni elements, the Islamic State, and organizations opposed to Assad.”

In the sea, where Iran has been active in recent years, particularly in the Persian Gulf, the Islamic Republic is listed as having 398 naval assets compared to Israel’s 65, although many of them are patrol craft. Tehran is reported to have 33 subs (Israel, 6), and five frigates (Israel is said to have none).

Iran’s missile foray into the Golan Heights is not the first time this year that the Islamic Republic has gone after Israel in the skies. Iran, in February, launched a drone from Syria that was shot down in Israel. The drone was based off an American model that infamously was captured during the Obama administration, officials said.

Israel, in response to that incident, went after Syrian anti-aircraft batteries, but lost one of its own fighter jets in the process.

The Golan Heights plateau, a 40-mile long and 15-mile wide strip of land in southwestern Syria, according to estimates from the Associated Press, overlooks northern Israel and offers strategic value to Israel’s military.

“I say again — whoever hurts us we will hurt him 7 times more, and whoever is getting ready to hurt us — we will hurt them first,” Israeli Prime Minister Benjamin Netanyahu said Thursday in a video statement. “That is what we did and we will continue to do.”

Iran, so far, has not commented on the latest Israeli strikes.