Democrats are using an anonymous anti-Trump CIA operative in their latest attempt to impeach US President Donald Trump.

It has widely been reported in the past week that Eric Ciaramella is the name of the anti-Trump CIA whistleblower.

Donald Trump Jr. even tweeted out the Ciaramella’s name.

Because of course he did!!!
Alleged ‘Whistleblower’ Eric Ciaramella Worked Closely with Anti-Trump Dossier Hoaxer https://t.co/v5kDe0X62u

On Wednesday night The Gateway Pundit received several warnings from Facebook that we violated community standards and our account is “at risk of being unpublished.”

In 2016 The Gateway Pundit was the 4th most influential conservative publisher in the US during the presidential election.

We were also notified from our readers that anyone who reposted our articles were ALSO THREATENED to be unpublished.

And we are not alone.
On Thursday morning David J Harris Jr. also reported that his Facebook page was being threatened.

David described it as a “modern day lynching.”

This would be modern day lynching! @facebook is threatening to unpublish my page with no explanation!!!
Is it because I support @realDonaldTrump? Because I don’t vote Democrat? #DavidJHarrisJr 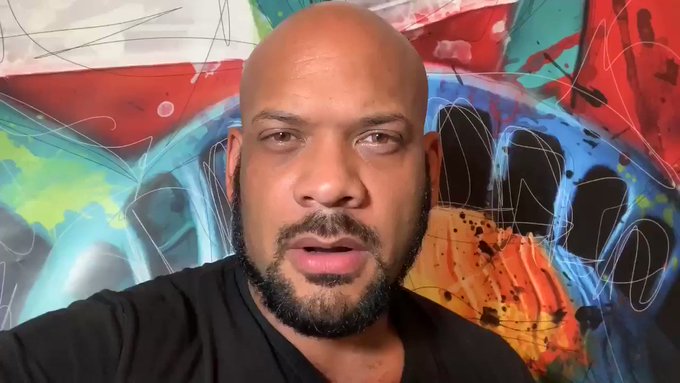 6,661 people are talking about this

And Sean Adl-Tabatabai wrote us this morning and said his Facebook page is ALSO UNDER THREAT of being removed for posting Eric Ciaramella’s name.

For the record– It is NOT against the law to publish the name of the anti-Trump whistleblower… That is a lie pushed by the liberal media.

UPDATE—  On Friday Facebook ADMITTED they were deleting any mention of the anti-Trump CIA whistleblower.

Facebook admitted to preventing Americans from seeing the truth.

Facebook says it is removing “any and all mention of the potential whistleblower’s name” from its platform. 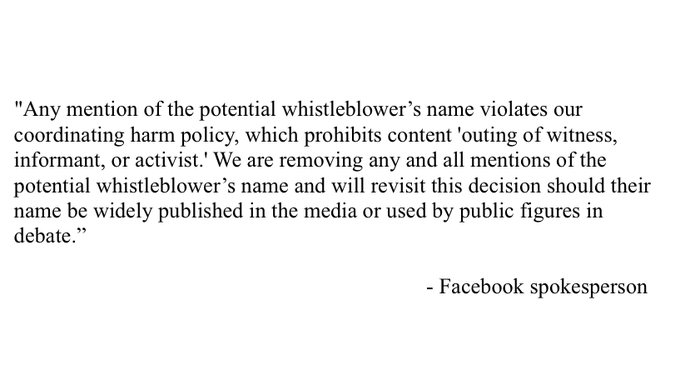 757 people are talking about this

It is now clear that the Democrat Party, the far left news media and now social media giants are working in unison against this president.
They are banning anyone who names the anti-Trump whistleblower.

PLEASE PASS THIS ON!
We cannot allow these far left institutions to eliminate free press and freedom of speech in America.

The Gateway Pundit
by Jim Hoft