When it comes to China, there are many unknown rabbit holes, but are they really a threat?

Think of America as a large, beautiful garden to be envied, with Peter Rabbit salivating over every square inch – taking a bite here, a bite there.

China is salivating over America, eyeing it for complete domination – moving in from underground. Our garden is full of rabbit holes.

One rabbit hole leads to the MSM, as CNN and others are controlled, having been brought under the censorship of The Chinese Communist Party.  Our nightly news – compliments of the Communists.

Even the NBA has come under China’s dictates.

The Democrat Party sold its soul to the Communist ideology years ago, while masking it under the term “Liberals”.

China birthed the Covid-19 virus and our media fed the pandemic with 24/7 mass hysteria and switched the blame to Trump.

“China controls our media and our media told us to shut down our economy.”  No co-incidence there.

China hates Trump for his ability to stand undeterred in the face of (evil) opposition, to expose and break up their networks of corruption,  and so it undermines our elections, manipulating it for Biden – a Socialist/Communist win.

Why would China want a Democrat?  Because the majority of the Democrat Party seems to be no longer for America.  It’s in bed with China and the Deep State.

The Democrat Party has taken an anti-American stance.

Below are snippets from another opinion article: ↓ 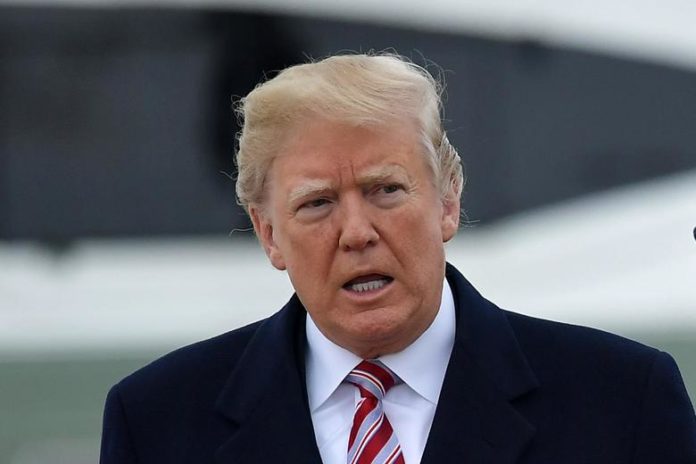 Here is a scholarly article on using UV light to kill Covid-19 in public spaces. It works.

Here is a scholarly article on using inhalants to treat pneumonia (which has symptoms very similar to Covid-19). It works.

Neither of Trump’s suggestions were absurd, even though they sounded absurd the way Trump phrased them, and as usual, our media immediately went into attack mode, suggesting that Trump told people to snort bleach and to inject Lysol.

I’d like to ask that when you hear people repeat these lies, that you remember that the people repeating these lies are not complicit in the lies themselves, but are simply believing what they hear from the mainstream media. To the media, lying about things Trump has said (and taking him grossly out of context) is the new American pastime, and without baseball, it’s the only American pastime they’ve got. The media lies about Trump every day. We should hardly be surprised about the newest lies.

The fact of the matter is that China’s government is desperate to spin the fault for Covid-19 away from themselves, and our media is happy to oblige. To the media, the spread of the disease is all Trump’s fault.

Before Trump announced his candidacy in 2016, he was not widely hated by the political left. There are photos of him shaking hands with, smiling with, and taking awards from, such people as Jessie Jackson, the Clintons, NAACP officials, and Oprah Winfrey. You name the Democrat, and before 2016, they probably liked Donald Trump – or at least they liked his money. Joe Biden himself took campaign donations from Donald Trump.

And then Trump announced his 2016 campaign, and the Democrats suddenly hated Donald Trump more than any other person in human history.

What did Trump run on more than anything else in 2016? Answer – unfair trade practices. Trump ran on how unfair our trade deals were across the board, but his focus was first and foremost on China. Never forget that Hillary Clinton was for the Trans-Pacific Partnership, and Trump was against it. The TPP was one of the central issues of that election, and the single most important issue to China. Trump won, and the TPP died.

I’m including an old news article (below) from 2013 in which Time Warner announced a media partnership with the Chinese government. Time Warner was granted permission to produce as much original media content for the Chinese market as they wanted, and with 1.4 billion people, China is a big market.

CNN is censored by China.

Here is that article: https://www.hollywoodreporter.com/news/time-warner-china-media-capital-564086

You might remember the uproar an assistant coach in the NBA caused a year ago by tweeting ‘Free Hong Kong’. Why was that such a big deal? It was a big deal because the NBA had just signed a contract with China similar to the one Time Warner has, and China considered that tweet, which violated their censorship, to be a breach of contract.

Incidentally, the only reason you know about the NBA having signed a contract with China in which the NBA agreed to submit all of it’s personnel – including players and coaches – to Chinese censorship, is that China overlooked the importance of censoring sports networks like Sports Illustrated and ESPN. That was a mistake China will not repeat.

China censors CNN, and essentially all other American media.China likely even censors Fox News, though Fox News is given more latitude than other news sources (as Sun Tzu put it in The Art of War – control your opposition and you control the war).

Some people do not think it is a big deal that China censors our media. It is, after all, voluntary. Our media could, if it wanted, refuse to be censored. Our media houses would lose the billions of dollars they make every year producing media for the Chinese market, but they are free to either submit to, or to refuse, Chinese censorship. The freedom of the press, and freedom of speech, are not being violated. Imagine, however, what the world would look like had the German Gestapo controlled our media in 1939.

Allowing our media houses to submit to foreign censorship creates a clear and present danger to the United States. It is currently blinding us to the true nature of Covid-19. We both hear, and do, whatever China wants.

Looking back at the 2016 primaries, if you were China and you controlled our media, who would you have wanted Hillary Clinton to run against? Who appeared to be the weakest Republican running, or more to the point, the easiest Republican to destroy?

Donald Trump was for most of his life, a Democrat. I’m guessing if you asked Trump why he changed parties, he’d probably tell you that he did not leave the Democratic Party so much as the Democrats lurched left and left him…

China did not want a Republican to win in 2016, and so they used their censorship of the media to give Hillary Clinton the weakest general election challenger they could: Donald Trump.

China underestimated Donald Trump, and so did I.

And now, with Trump poised to win re-election in 2016, suddenly Covid-19 shows up to level the playing field.

There is much we do not know about the start of Covid-19, but we know with absolute certainty that China shut Wuhan off from the rest of China while leaving Wuhan open to the rest of the world.

That is a smoking gun…

There was only one reason to close Wuhan down from the rest of China while leaving Wuhan open to the rest of the world, and that was to let Covid-19 leave China.

Whether or not China created Covid-19 intentionally is not really all that important. We know with 100% certainty that China intentionally let it get out.

We know, in fact, that the World Health Organization was telling the world that there was no evidence of human to human transmission of Covid-19, as late as January 20.

In other words, as late as January 20th the WHO was telling the world that the only cases of Covid-19 were cases where people had caught the disease from bats. It is entirely possible that the WHO believed this to be true, but China knew better.

The first case in the United States was discovered on January 21.

Think of the implications of China (and the WHO) hiding the fact that Covid-19 spreads like wildfire between humans, until immediately after having confirmation that Covid-19 was in the United States.

That too is a smoking gun…

If we took China to court for the crime of releasing a biological weapon into the United States, we would have motive, opportunity, means, and two smoking guns. We can prove that China hit us with a weaponized virus, and we can prove it beyond a reasonable doubt.

Did the virus start in the wild? Was it originally a mistake? Who knows, and who cares? The point is that once China found out about it, they weaponized it. China, however, controls our media, and China does not want us to retaliate for Covid-19. China, in fact, let Covid-19 out to throw the 2020 election away from Donald Trump.

You want to talk about foreign interference in our elections? How does biological warfare to throw an election sound?

And now the WHO tells us that the disease may well be mutating too quickly for the world to build immunity against it.

I would like you to take a moment to think of the implications of this. As I write, 54,877 Americans have died of Covid-19 thus far, and our economy is in flames. The WHO is telling us that Covid-19 may well be the new normal – that hundreds of thousands of Americans (and millions of people around the world) may die every year, all because the People’s Republic of China would rather negotiate trade with Joe Biden than with Donald Trump.

So what does CNN report? CNN does everything it can to blame Trump for the spread of Covid-19, while ignoring the smoking guns that are literally staring us in the face, telling us that China is to blame for this outbreak, and that China did it to hurt Trump in the 2020 election.

And please do not blame the Democrats for that. Some of them (like Joe Biden and Nancy Pelosi) might be in on it, but we have no way of knowing for sure. It is entirely possible that the DNC leadership is just being opportunistic. Nothing would make China happier then a Democrat victory this November, but I am not going to call Democratic candidates traitors for being opportunistic.

And I am not going to call Democratic voters traitors for being misinformed by a media that openly peddles Chinese propaganda.

The Democrats are lost, and we are not going to get them back anytime soon. In fact, don’t bother sharing this article with them. All they will do is to attack this article, and attack me for having written it. If the Democrats did anything else, they would have to admit that they, and our media, are on the wrong side, and in the middle of a pandemic, that is a thought too terrible for them to accept.

We have to face the ugly truth that the Democrats are accepting Chinese propaganda, and that they are accepting it as gospel truth.

China is at war with the United States, and the Democrats have become their willing lap dogs.

And in the meantime, this is an election year.

Just today Nancy Pelosi vowed to use Covid-19 to get vote by mail made law for the November election. We already have ‘vote by mail’ for anyone who wants it. It’s called ‘absentee balloting’. Absentee ballots, however, have protections against fraud.

What Nancy Pelosi’s system would do is to destroy the chain of custody of America’s ballots, allowing fraud on an industrial level.

What I do know is that China controls our media, and our media told us to shut down our economy.

And I know that China wants Joe Biden to be the 46th President.