American Citizens Are Applauding President Trump for Protecting the Country and it’s Constitution. Especially Happy, are Immigrants Who Became a Citizen Legally.

The Following is a Vetted Fox News Report:

President Trump on Tuesday signed an executive order to prevent illegal immigrants from being counted for the purposes of re-drawing congressional districts after the 2020 census — reheating a fiery debate from last year on if illegal immigrants should be counted in the census.

“There used to be a time when you could proudly declare, ‘I am a citizen of the United States.’ But now, the radical left is trying to erase the existence of this concept and conceal the number of illegal aliens in our country,” Trump said in a statement accompanying the apportionment memorandum on “Ensuring American Citizens Receive Proper Representation in Congress.”

“This is all part of a broader left-wing effort to erode the rights of Americans citizens, and I will not stand for it,” he said.

The order says that for the purposes of reapportionment, “it is the policy of the United States to exclude from the apportionment base aliens who are not in a lawful immigration status…to the maximum extent feasible and consistent with the discretion delegated to the executive branch.”

Census counts are used to determine the allocation of seats in the House of Representatives, the number of electors in the Electoral College and hundreds of billion dollars of federal spending. However, it is not clear how the administration would determine who was in the country illegally since the census currently does not either include a citizenship question, or the additional question about legal immigration status.

“Today’s action to exclude illegal aliens from the apportionment base reflects a better understanding of the Constitution and is consistent with the principles of our representative democracy,” Trump said. “My Administration will not support giving congressional representation to aliens who enter or remain in the country unlawfully, because doing so would create perverse incentives and undermine our system of government.  Just as we do not give political power to people who are here temporarily, we should not give political power to people who should not be here at all.”

The order, giving justification, says that the Constitution “does not specifically define which persons must be included in the apportionment base.”

“Although the Constitution requires the ‘persons in each State, excluding Indians not taxed,’ to be enumerated in the census, that requirement has never been understood to include in the apportionment base every individual physically present within a State’s boundaries at the time of the census,” the order says.

“Instead, the term ‘persons in each State’ has been interpreted to mean that only the ‘inhabitants’ of each State should be included,” it says. “Determining which persons should be considered ‘inhabitants’ for the purpose of apportionment requires the exercise of judgment.”

It then says that that discretion “delegated to the executive branch to determine who qualifies as an ‘inhabitant includes authority to exclude from the apportionment base aliens who are not in a lawful immigration status.”

TRUMP, ‘NOT BACKING DOWN’ IN EFFORT TO COUNT CITIZENS AMID CENSUS FIGHT, ANNOUNCES EXECUTIVE ORDER

The order cites estimates that “one state” (apparently referring to California) has more than 2.2. illegal immigrants, six percent of its population. It argues that, as a result, including illegal immigrants in the population for apportionment could result in the allocation of two or three more congressional seats than if they were not included.

It comes as part of an ongoing push by the Trump administration to make sure that illegal immigrants are not included in the census. The order will likely be subjected to a legal challenge from immigrant activist groups and others.

The Supreme Court last year blocked a citizenship question from being included in the census and sent the question back to the lower courts after concluding the Trump administration’s reasoning for including such a question was insufficient. It had been opposed from Democrats and immigrant groups on the basis that it could discourage immigrants from responding. 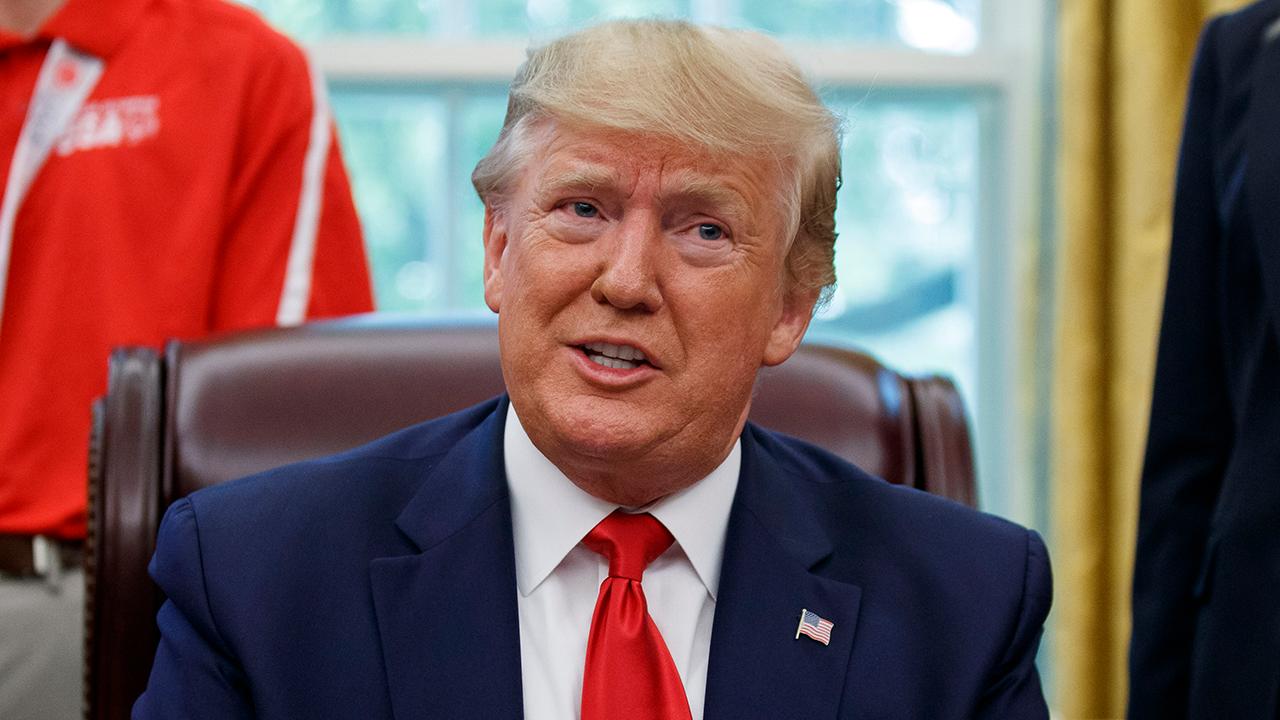 Trump later signed an executive order to get an accurate count of citizens and non-citizens present in the country.

Attorney General Bill Barr said at the time that the information collected via the executive order could be useful in determining the makeup of the Electoral College and congressional apportionment.

“That information will be used for countless purposes. For example, there is a current dispute over whether illegal aliens can be included for apportionment purposes. … We will be studying this issue,” Barr said.