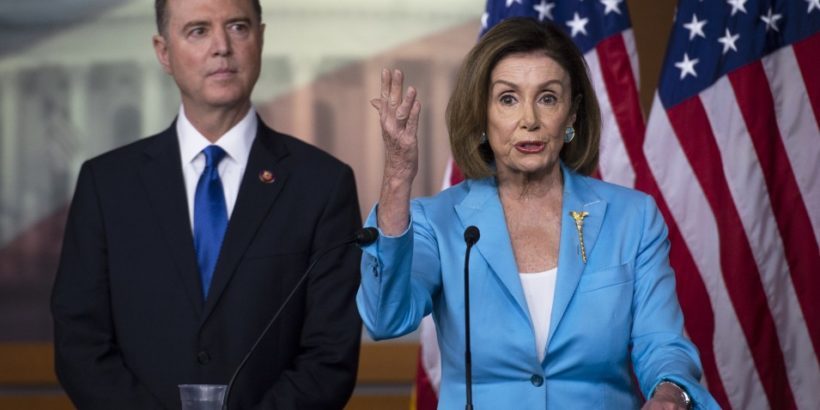 Several news reports indicated Sunday that House Intelligence Committee chair Rep. Adam Schiff (D-CA) had not been notified in advance about the successful raid on the hideout of Abu Bakr al-Baghdadi, the leader of the so-called “Islamic State,” or ISIS.

Al-Baghdadi was killed in the raid; there were no U.S. casualties aside from a wounded K-9 dog.

President Donald Trump confirmed in remarks to the press Sunday after his address to the nation that he had deliberately kept some congressional leaders out of the loop, without naming Schiff directly.

“We notified some; others are being notified as I speak,” Trump said.

“We were going to notify them last night but we decided not to do that because Washington leaks like I’ve never seen before,” Trump said. “There is no country in the world that leaks like we do and Washington is a leaking machine.”

Trump said that tU.S. forces would have been placed in greater danger due to leaks in Washington tipping off the terrorists.

“A leak could have caused the death of all of them,” Trump said.

Schiff is currently pursuing an “impeachment inquiry” against the president, using the secrecy that the House Intelligence Committee to shield witnesses from scrutiny, and to prevent Republicans from commenting on the testimony, even though none of the material being discussed is classified.

He is suspected of having leaked material to the media during the investigation into so-called “collusion” between Russia and the Trump campaign, which was never found.