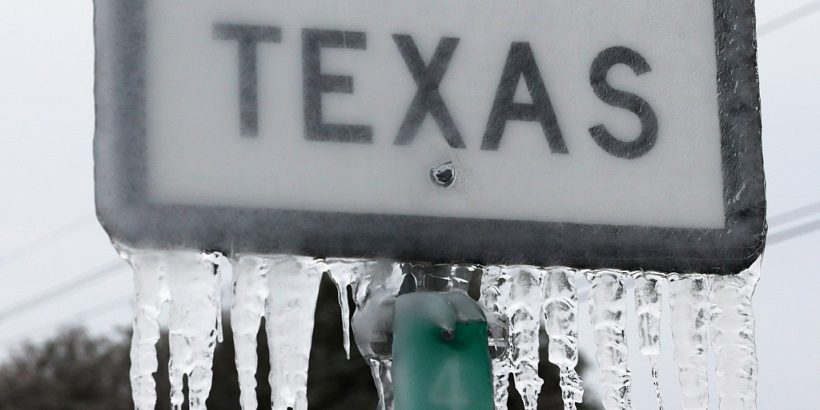 How would your family, and a hundred thousand other families, like to be stuck in your cars for days at minus 16 degrees?

The death toll would be huge.  It almost happened in New England in 1989.

And in Texas this week.

I was part of the 1989 Freeze and have some hopefully interesting insights.

In 1989, the weather just before Christmas was terrible.  Cold temperature records were set from Texas to New England.

That year, I was responsible for a midcontinent gas gathering system that normally produced about 500 million cubic feet (MMCFD) of natural gas a day.  That could supply up to 2 million New England homes.  During the 1989 Freeze, we produced 30 MMCFD, roughly a 95% decline.  Similar results were happening throughout the Oil Patch.  Supply cratered.

The city ultimately weathered that crisis through luck.

Several years later, I was fortunate enough to get to know some of the city’s gas utility personnel who were operating the gas grid during the Freeze.  They gave me invaluable insights into what really happened.  (I promised the operators I would not name the city.)

Your city gas company takes gas from high-pressure interstate and intrastate gas pipelines.  The gas then moves to customers through its lower-pressured gas distribution pipes.  The gas pressure decrease as it as moves to the customers.  Normally the utilities’ inlet gas pressure is more than enough for them to supply gas safely.

With 1989 gas production down dramatically and demand exploding, the high-pressure gas system could not supply enough gas to meet demand.  This resulted in decreasing line pressures in the high-pressure supply system, lowering the gas utilities’ inlet gas pressure.

The utility’s inlet pressures were so low, and dropping, that soon the distribution system pressures would be below atmospheric pressure.  Air could then flow into the gas pipelines.  Typically, back-flow valves stop that.  Since many of the furnaces were old and converted from prior fuels (oil, coal), proper valving was a big problem.

Oxygen in natural pipelines is incredibly dangerous.  Whole city blocks could be destroyed in an air/gas explosion.

To maintain safe gas pressures, the operators wanted to shed load with localized gas shutoffs.  Since all non-critical gas loads had already been shutoff, only critical loads were left.  This included houses and hospitals.  To save the gas grid, the operators had to cutoff gas to a very large number of customers.

Whose gas to shut off?

Before options were presented to senior management (this call was getting kicked way upstairs), the operators tried to figure out what would happen to the areas that lost gas.  Here’s what they came up with.

After the gas was shut off:

The houses without gas would rapidly lose heat and quickly become unlivable.

Anyone who had any kind of electric space heater would plug it in.

That would blow the electric grid.

The electric grid in areas well beyond the gas shutoff area probably would be blown also.

Widespread blackouts would impact not only shut off gas customers.  It would kill the electric blowers in furnaces that could still get gas.  How many?  No way of knowing.

Lots and lots of people are in the cold and in the dark.

Many would probably get in their cars for heat and try to drive somewhere, although in reality there is nowhere for that many people to go.

Since the blackouts killed the electric gasoline pumps, filling your tank would be impossible.

As cars ran out of gas, abandoned cars would block traffic and create massive traffic jams, possibly for days.

This could stop access for ambulances, police, fire trucks, etc.

When the operators started thinking about the near-term (overnight) body count, they stopped that discussion and called management for a decision on what to do.

Management called the mayor and asked him: what section of town would he liked to shutoff?  The Italian neighborhood, the black, the Irish, the elite section, or the hospital district?  What politician will ever make that call?  Would you?

The decision was made to just let the gas system pressure drop and hope it would stay high enough to get by.  If it didn’t, a few blown up neighborhoods would be less damage than a gas shutoff.

Luck saved them.  An unexpected break in the weather lowering demand, along with some unexpected supplies, saved the city.

If you aren’t properly scared, all this relates to the short-term deaths.  Longer-term deaths from a gas shutoff were incalculable.  Why?

Houses that lose heat either due to a gas shutoff or a blackout would quickly fall below freezing, bursting their water pipes.  Their basements would flood, getting water into the furnace and possibly the connecting gas lines.  The water would then freeze.

Before the gas system could restart, every furnace and gas line (water in gas lines is very bad) would need to be manually cleaned and inspected.  The frozen basements might not thaw until spring.

The operators estimated that large parts of the gas system would not be operational until May.  One shudders to think about the long-term impact of that.

If this sounds outlandish, here’s the head of the Electric Reliability Council of Texas:

The fundamental decision made in the middle of the night on Monday to have outages imposed was a wise decision by the operators we have here, Magness said.  If we had waited and not done those outages … we could have drifted to blackout.  That’s not just outages, but we could lose all electricity on system, and it could take months or longer to repair that.

With a total ERCOT system failure, as many as 12 million customers and possibly 20 million Texans could be in the cold, in the dark, in their cars with nowhere to go — for months.

Wind power did this to Texas.  Be very afraid of the Green New Deal.