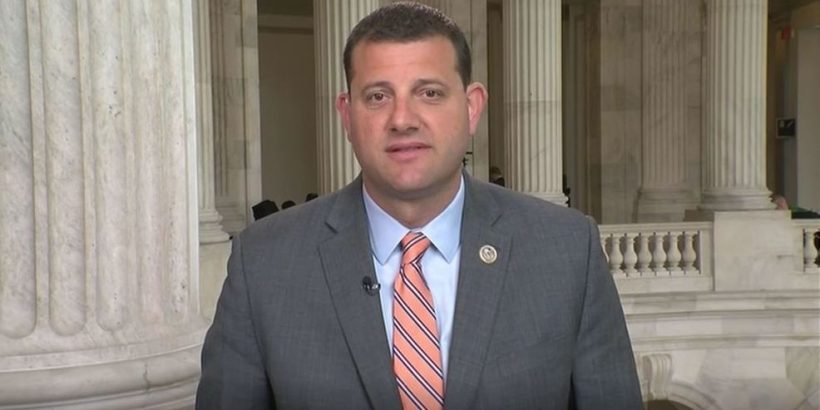 Another Republican who voted for the second impeachment of President Donald Trump in January has seen his district redrawn in a way that makes it more difficult for him to win reelection next year — this time, Rep. David Valadao (R-CA).

In October, Illinois Democrats rewarded Rep. Adam Kinzinger (R-CA) — who not only voted for impeachment, but serves on the controversial January 6 committee — by redrawing his district in a way that forced him to announce his retirement.

In Illinois, billionaire Gov. J.B. Pritzker (D) had campaigned on the promise to introducing an independent, non-partisan redistricting commission — a promise he broke by handing the process over to partisan Democrats in the state legislature.

In Valadao’s case, the Washington Post notes, Democrats made an already-difficult district even harder for him to win:

An example of the potential benefits to Democrats is the new 22nd Congressional District, located in the state’s expansive Central Valley. It is represented by Rep. David G. Valadao, a Republican who lost his seat in the 2018 Democratic midterm wave and won it back in 2020.

Valadao, who is one of the 10 Republicans who voted to impeach President Donald Trump over his role in the Jan. 6 insurrection at the U.S. Capitol, will face an even more Democratic electorate next year in a district Biden would have won by 13 percentage points and in which nearly 60 percent of potential voters are Latino. Valadao previously prevailed in a district Biden won by 11 percentage points.

“If Democrats are going to control Congress, it’s my prediction that will happen because a bunch of 18-year-old Latinos showed up to vote in the [Valadao’s] district and flipped that seat,” said Christian Arana, vice president of policy at the Latino Community Foundation.

In 2011, liberal ProPublica exposed the fact that Democrats manipulated the nominally non-partisan and independent redistricting commission in California to produce a partisan map that wiped out several Republican representatives.