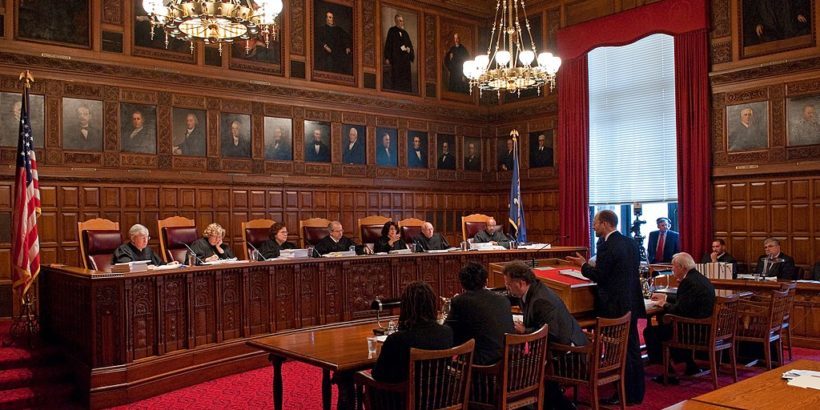 The Second U.S. Circuit Court of Appeals on Monday denied President Donald Trump’s request for a preliminary injunction protecting him from a subpoena into his tax returns.

Trump had sued Manhattan District Attorney Cyrus Vance Jr. in September over a subpoena that was sent to Trump’s accounting company, Mazars USA, for eight years of tax returns.

“We have no occasion to decide today the precise contours and limitations of presidential immunity from prosecution, and we express no opinion on the applicability of any such immunity under circumstances not presented here,” the judges wrote in the Monday morning ruling.

They added: “Instead, after reviewing historical and legal precedent, we conclude only that presidential immunity does not bar the enforcement of a state grand jury subpoena directing a third party to produce non-privileged material, even when the subject matter under investigation pertains to the president.”

The ruling comes about two weeks after both sides appealed before the Second Court to argue their case.

“With the benefit of the district court’s well‐ articulated opinion, we hold that any presidential immunity from state criminal process does not bar the enforcement of such a subpoena. Considering the foregoing, the president has neither demonstrated that he is likely to prevail on, nor raised sufficiently serious questions going to the merits of, his immunity claim, and so he is not entitled to preliminary injunctive relief,” the Second Circuit Court of Appeals also wrote.

Trump likely will not hand over his tax returns any time soon, and the case appears to be headed to the U.S. Supreme Court. His legal team has said that Vance’s efforts are unconstitutional.

Vance, who is a Democrat, is conducting a probe into payments that Trump allegedly made before the 2016 election.

According to The New York Times, the district attorney’s office is seeking the tax records in connection with the investigation to see if any laws were broken.

Amid the grappling over his tax returns, Trump said that what is happening to him is unprecedented.

“The Radical Left Democrats have failed on all fronts, so now they are pushing local New York City and State Democrat prosecutors to go get President Trump,” Trump wrote on Twitter in October. “A thing like this has never happened to any President before. Not even close!”

In early October, the Department of Justice said in a court filing that it supports President Trump’s suit looking for relief from a subpoena issued by Manhattan Attorney General Cyrus Vance over Trump’s tax returns.

It said in a statement on Oct. 2: “The United States participates now to explain why it is both correct and important that the president’s challenge to the subpoena on account of his office be resolved in federal court rather than in state court, and to support interim relief as necessary to allow for appropriate briefing of the weighty constitutional issues involved.”

Meanwhile, Mazars USA previously told The Epoch Times that it will comply with its legal obligations.