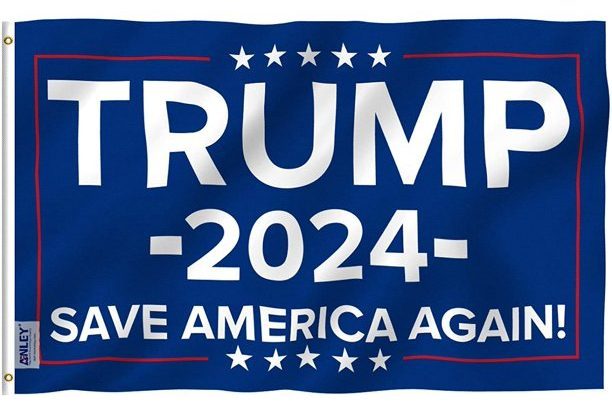 It is practical to consider that Donald Trump is a man created for combatting the Democrat party’s progressive march toward totalitarian control of our country.  Created for combat?  Why is that the case?

Consider that Trump was a successful builder on the island of Manhattan in New York.  Is succeeding as a builder of skyscrapers in New York City an easily accomplished feat?  Are hundreds of successful builders among the millions that call New York home?  Of course not.  Roadblocks exist to keep the pretenders from participating in building big in New York.

It is said that New York is a town run by the Port Authority, the entity that controls transportation into, around, and out of New York.  I’m a Californian, and even I know that.  Unions control what happens in New York, who gets to play in New York, and they decide if you will have a tough time being successful.  Corruption, graft, and political gifts go a long way in New York.  The ethic of Boss Tweed has never left the city.  If we understand that Trump has succeeded in the swampy underbelly of New York politics, union control, and city governance, it’s because he’s learned to get things done in spite of the roadblocks erected in the path of anyone wishing to play in that arena.

Trump’s experience in getting the Central Park Wollman ice-skating rink rebuilt is a lesson in why Trump is uniquely gifted to vie for the presidential election of 2024.  Detailed in the New York Times in May of 1986, Democrats ran New York, and they squandered six years and $13 million in a failing non-effort to rebuild a Central Park icon of winter wonder, enjoyed by multitudes of New Yorkers for decades.  Trump offered to Mayor Ed Koch a takeover of the project, providing construction and operation of the rink, at no profit to himself and  promised completion for the holidays in less than six months.  Trump announced to the Times that he’d do it, and he delivered.  Trump finished the project in four months and 25% below the $3-million budget.

Sound familiar?  Trump announced his campaign promises in the Republican primary of 2015 and delivered on every promise with the exception of draining the swamp — an impressive list of accomplishments, considering the obstruction by the politically entrenched Deep State for the entire four-year tenure of his presidency.  Trump naïvely believed there were patriots in D.C. eager to Make America Great Again.  Now he knows better.

The Deep State is already waging its battle to keep Trump from the 2024 election.  It failed in two miserably constructed impeachment efforts, and it is failing at the January 6 insurrection effort it orchestrated.  And in heroic fashion, Trump has been uniquely challenged, trained, and has enjoyed success in the crucible of New York real estate development to contest the next election.  Obstacles to the construction of Trump Tower were but a warm-up for the 2024 general election.  I eagerly anticipate a fair fight.

Work remains to be ready for the general election, but one of the main obstacles appears to be handled.  The loss of Twitter and Facebook has been obviated by Trump’s construction of his own social media platforms, executively captained by Devin Nunes.  And in typical fashion, Trump has identified those squishy Republicans who need primarying in retaliation for their voting to impeach Trump.

Trump made presidential politics entertaining when first he ran.  He was officially declared finished by the left multiple times during the primary, the general, and his four-year presidency.  He wasn’t listening.  Sarah Palin was character assassinated  by the left in 2008, but she was nice and played by the accepted rules for Republicans: hold the high ground of civility.  Trump chose bombast and caustic, sarcastic responses via Twitter and social media, and he has succeeded where McCain and Mitt were steamrolled by the mainstream media.  They hated him for not succumbing like the losers Trump has identified them as.

Dems in general and Obama in particular prompted Trump to run, and they’ve created the Trump persona that will not be crushed by the left.  It is their comportment that made the Trump we know and love.   He’s one of us, and we’re one with him.  Many of us cannot wait for the 2022 midterms, where RINOs will be shown the door, and for 2024, where we will watch the election with eager anticipation, vigilance, and the voting scrutiny we are guaranteed by our Constitution.

Are the Dems in full panic yet?  They’re just getting warmed up.  Stay tuned for more entertainment!