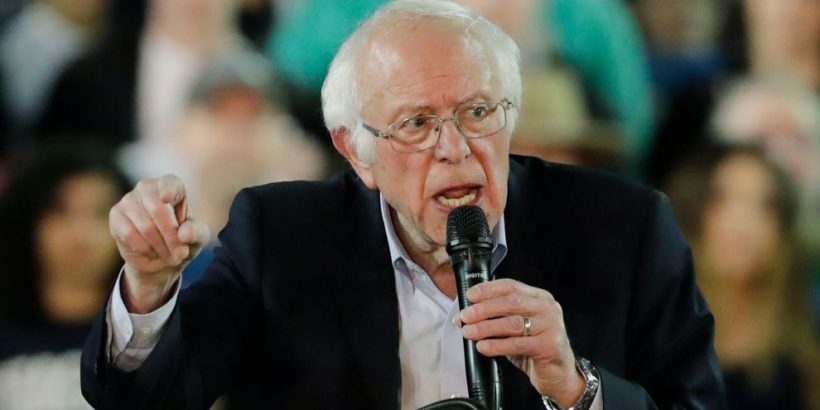 The heart attack occurred while campaigning for president and Sanders promised to release his full medical records.

“We have released, I think, quite as much as any other candidate has,” Sanders said.

“We released two rather detailed letters from cardiologists and we released a letter that came from the head of the U.S. Congress medical group.”

However, after his heart attack, Sanders promised to release his full health records “before the first votes are cast.”

It is “the right thing to do,” Bernie added.

Despite this promise, Sanders hasn’t released his full medical records for voters to view.

Sanders told CNN, “People do have a right to know about the health of a senator and someone running for president. At the appropriate time, we’ll make all the medical records public for you or anyone else who wants to see them,” Sanders added.

Sanders recently joked that “If you think I’m not in good health, come on out with me on the campaign trail and I’ll let you introduce me to the three or four rallies a day that we do.”

But his campaign took offense at the repeated questions about the 2020 frontrunner’s health records, saying they are tantamount to “birtherism.”

Health records have become a huge deal among the Democratic candidates running for the nomination.

Former New York City Mayor Michael Bloomberg, also 78, has been forced to deny that he has had a heart attack. On Gray’s claim that Bloomberg “has suffered heart attacks in the past,” Bloomberg adviser Tim O’Brien called that a “Trumpy lie.”

“Mike Bloomberg has *never* had a heart attack,” O’Brien wrote on Twitter. “Bernie Sanders, on the other hand, has had a heart attack. Those are the facts. It’s a dangerous time when Sanders goes all in with Trumpism.”