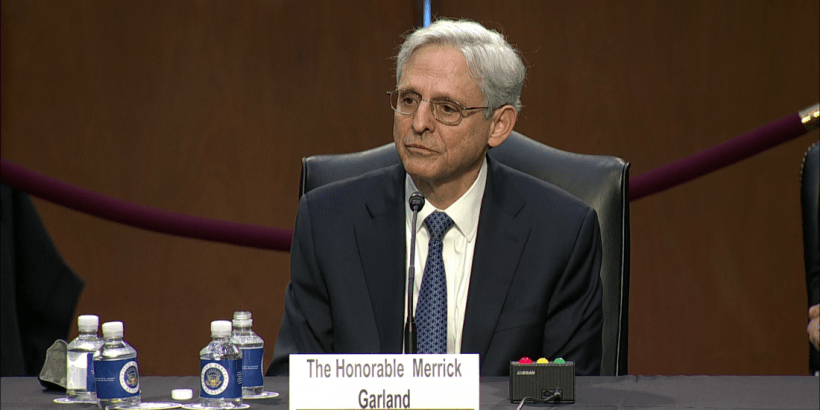 Merrick Garland, President Joe Biden’s nominee for attorney general, said Monday that he would align the Department of Justice’s (DOJ) with the White House’s push to restrict gun ownership.

“The president is a strong supporter of gun control and has been an advocate all his professional life on this question,” Garland said during his Senate Judiciary Committee hearing. He was responding to a question from Sen. Mike Lee (R-Utah.)

“The role of the Justice Department is to advance the policy program of the administration as long as it is consistent with the law,” Garland continued. “Where there is room under the law for the president’s policies to be pursued, I think the president is entitled to pursue them.”

“The Parkland students and so many other young people across the country who have experienced gun violence are carrying forward the history of the American journey. It is a history written by young people in each generation who challenged prevailing dogma to demand a simple truth: we can do better. And we will,” Biden said in a statement, making reference to the mass shooting at a high school in Parkland, Florida, in February 2018.

The National Rifle Association (NRA) said it would fight back against gun control measures.

“Imagine if firearm manufactures and sellers—even those who strictly followed the laws enacted to regulate their industry—faced potential civil liability every time a criminal misused a firearm. The effect would be similar to holding automobile makers and dealers responsible for injuries caused by drunk drivers. No business, no matter how conscientious and law-abiding, could ever survive being liable for the acts of millions of random people over whom it had no control,” the group wrote in a statement earlier this month.

In the hearing, Garland was also asked about his 2007 vote in favor of the U.S. Court of Appeals for the District of Columbia hearing a lower court ruling in favor of gun rights.

“I thought this was an extremely important issue, important enough since it was the very first time that we should hear it en banc,” he said. “I was not the only judge, and other judges, including a judge appointed by a president of a different party, also voted and for the same reason.”