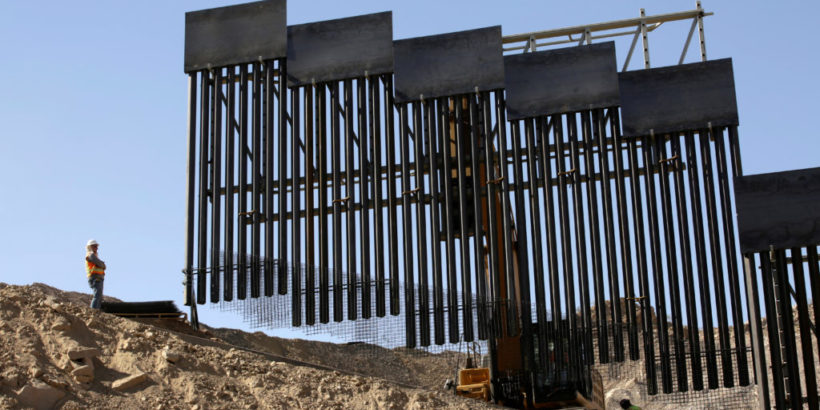 Daily, the American public is confronted with images of illegal aliens invading our country. The United States has been a stable republic because we have advocated and practiced being a nation of laws. When governments become hostile to the rule of law, they undermine Americanism.

As states along the southern border struggle to handle this mass inflow of humanity, prompted by Democrat’s abandonment of law, buses and planes are now transporting arriving aliens to lawless sanctuary cities around the country. These anti-American cities include Chicago, New York, and even the nation’s capital. To anyone who has seen these images, it has become clear that the open-border policies of the Biden administration have led to a multi-pronged health, humanitarian, and national security disaster.

Less visible, but deadly, is the corresponding spike in China-sponsored fentanyl that has been smuggled across the border and is closely tied to the hordes of illegal aliens. While certainly not as harrowing a visual as unlawful aliens crossing and dying in the Rio Grande, the ultimate impact of the drug has been felt even more acutely in many communities across the country and is similarly difficult to escape.

For the first time ever in 2021 the United States surpassed 100,000 drug overdose deaths. Fentanyl accounted for over 70,000 of those deaths and is 100 times more potent than morphine. The Chinese poison is now found “in everything” in the illicit drug supply chain and has been used to lace other street drugs ranging from marijuana to cocaine, with deadly results.

Two major Mexican drug cartels, the Sinaloa and Jalisco organizations, now control the vast majority of the fentanyl trade. As such, they have capitalized on the Biden-sponsored chaos at the border to smuggle staggering amounts of the drug into the United States. Drug interdictions can be a useful proxy to gauge smuggling activity and in 2021, nearly 11,200 pounds of fentanyl was seized at the southern border. This is a staggering increase from the 2,633 pounds seized in 2019 and is more than all that was seized both in 2019 and 2020 combined. So far in 2022 over 11,000 pounds of fentanyl have been seized at the border and with a few months left to go in the year, we are again on track for another deadly record.

The sheer scale of how much fentanyl is being manufactured is difficult to fathom. Over the last six months 320 tons of fentanyl was seized in Mexico, and U.S. seizures of counterfeit pills amounted to more than 20 million last year. These counterfeit pills are especially insidious because they are made to look like legitimate pharmaceuticals but actually contain dangerous amounts of fentanyl — as many as 4 in 10 counterfeit pills contained lethal amounts of the drug according to one Drug Enforcement Agency (DEA) analysis.

Even more horrifically, children are increasingly getting caught up in this fourth wave of the opioid crisis. Too many stories have surfaced in recent years of straight-A students who unknowingly purchased one counterfeit pharmaceutical pill on social media and wound up dead the next day. The concerning recent advent of “rainbow fentanyl” further demonstrates the measures to which dealers are now going to market this deadly drug to children. Data from the Centers for Disease Control (CDC) has found that fentanyl overdoses have among teens tripled over the past two years, giving the drug the dubious distinction as the leading cause of death among young adults. Sadly, the Biden regime and the Democrat political majority in Congress keep this threat alive through promotion of illegal immigration and a lawless border.

The Democrat party is also responsible for keeping #1 ranked tennis pros out of America while allowing illegal aliens, infected with the China virus, to stroll right into Texas, unscreened and unleashed on an unsuspecting American population. Increased incidents of terrorist apprehensions at the border have alarmed Americans who do not believe in allowing our enemies access to our people. It bears pointing out that those are the terrorists we caught. Nobody actually knows how many terror cells escaped detection to enter the U.S. courtesy of the open border.

Joe Biden’s continued refusal to visit the southern border represents a malign neglect on behalf of the regime. As a result, we have been left with underfunded and demoralized border agents who cannot see a path forward under the lawless leadership of the current occupant of the Oval Office.

There is not a singlene silver bullet that will enable America to end its ongoing opioid crisis, national security crisis, and the public health crisis imposed by the Democrat Party. The GOP must abandon its sad devotion to woke companies that have been demanding cheap labor, while simultaneously undermining the rights of American citizens. If the GOP is to remain relevant, it must propose, pass, and include real border security in a so-called, “must pass bill.” The Democrats have shown human life means little to them. Now America will see if the GOP can do better.

Chris Salcedo is a host on NewsmaxTV, veteran radio broadcaster, author and political analyst and the Executive Director of the Conservative Hispanic Society