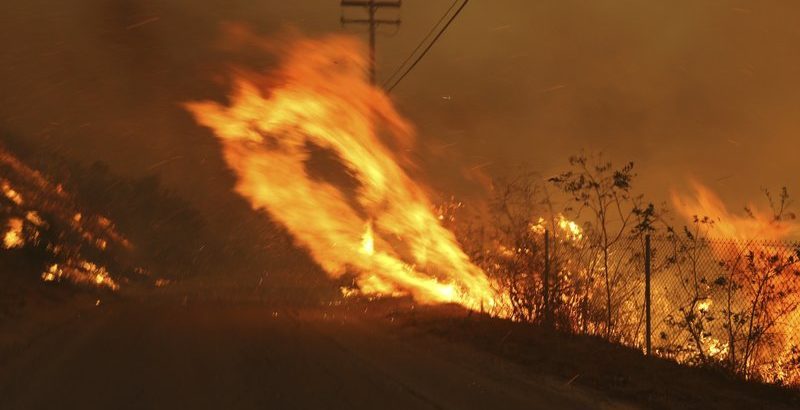 Two new fires have ignited in Southern California as several other wildfires continue to burn tens of thousands of acres in the state. Nearly 5,000 residents of San Bernardino and Jurupa Valley are under mandatory evacuations after the ’46 Fire’ and the ‘Hill Fire’ broke out overnight Wednesday. The ’46 Fire’ has reportedly burned at least 100 acres and is zero percent contained, while the ‘Hill Fire’ has scorched at least 600 acres and is 80 percent contained.

Officials said all wildfires in Southern California have been spreading rapidly because of the strong and erratic Santa Ana winds, which are expected to continue sweeping the region until Thursday evening. More than 450 firefighters are working to protect homes and get control of the raging fires.

“There’s no moisture whatsoever in the fuels, so when there is a start it makes for some rapid fire growth and we see very, very rapid fire behavior in those areas when it starts,” explained Capt. Steve Kaufmann of the Ventura County Fire Department. “Sometimes it’s explosive fire behavior, where an entire hillside will go up because there’s no fuel moisture in the fuel beds.”

Meanwhile. thousands of people are also evacuating as a fast-moving wildfire rips through Simi Valley in. The blaze is threatening homes as well as the Ronald Reagan Library. The so-called ‘Easy Fire’ broke out early Wednesday morning about 20 miles north of Los Angeles. Fueled by hurricane strength winds, low-humidity and dry brush, the blaze has charred more than 1,400 acres and is five percent contained.

California Governor Gavin Newsom held a press conference Wednesday and gave an update on containment efforts. He said the state has secured a fire management assistance grant from FEMA.

“And of course, the headlines are being generated in and around the Reagan Library in Simi Valley — the Ventura Fire Department is incident command in that case and that’s the fire that we’re monitoring very eagerly,” he stated. “The winds are intense, so right now that’s a ground game.” 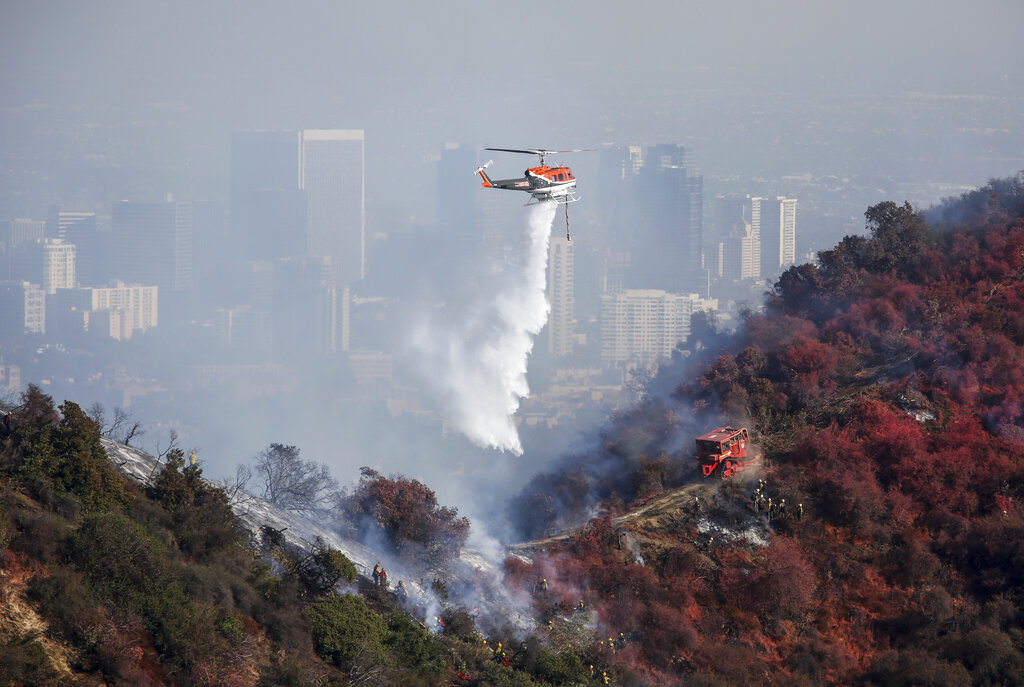 “Every request we’ve made of the Trump administration has been granted, and I just want to thank them again for moving as expeditiously as they have to support our efforts here at the state,” said Governor Newsom.