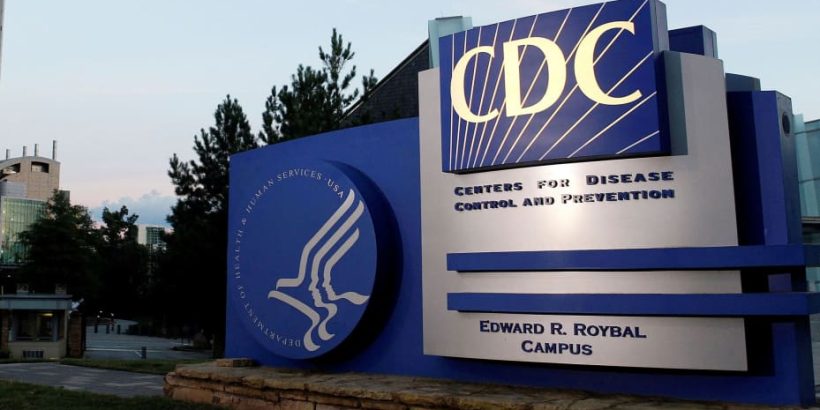 The Centers for Disease Control and Prevention (CDC) has been sued by the Informed Consent Action Network (ICAN), which claims the agency is improperly withholding COVID-19 v-safe data from the American public.

In a statement on Dec. 29, the non-profit group said it had filed a lawsuit (pdf) against the public health agency and the United States Department of Health and Human Services to force it to produce de-identified post-licensure safety data for the COVID-19 vaccines in the CDC’s v-safe system, to the public.

As per the CDC, v-safe is an “active surveillance program to monitor the safety of COVID-19 vaccines during the period when the vaccines are authorized for use under Food and Drug Administration (FDA) Emergency Use Authorization (EUA) and possibly early after vaccine licensure.”

Through the app, vaccine recipients can inform the agency about any side effects they have suffered after getting the COVID-19 shots.

Currently, the CDC has made data from its v-safe system available to the private computer technology company, Oracle, in de-identified form, meaning that personal identifying information has been retracted.

This data “will be collected, managed, and housed on a secure server by Oracle,” the CDC says (pdf). “Through Health and Human Services (HHS), Oracle has donated IT services to any agency conducting COVID-19 related activities … All data will be stored, processed, and transmitted in accordance with the Federal Information Security Modernization Act (FISMA) and based on NIST standards.”

However, ICAN wants the CDC to produce that same de-identified data to the general public to assure transparency regarding the CDC’s and the Biden administration’s claims that COVID-19 vaccines are “safe and effective.”

“The FDA and CDC have now made crystal clear that their promise of transparency with regard to COVID-19 vaccines was hogwash,” ICAN said in Wednesday’s statement.

The Food and Drug Administration has asked a judge to give it 75 years to produce data concerning the Pfizer and BioNTech vaccine, having previously asked to give it until the year 2076 to fully release the documents.

“Based on the CDC’s own documentation, the data submitted to v-safe is already available in de-identified form (with no personal health information) and could be immediately released to the public,” ICAN said.

The non-profit group, through its attorneys, asked in three Freedom of Information requests that the CDC produce the de-identified data, to which the health agency acknowledged (pdf) that “v-safe data contains approximately 119 million medical entries” but declined to produce it because the “information in the app is not de-identified.”

However, the third request was administratively closed (pdf) by the CDC, which claimed it was a duplicate of the original request, which was denied.

“The first request was denied by the CDC because the CDC claimed it requested data that was de-identified when entered into the app, but then the CDC closed the second request (which was identical to the first request except for making clear it was seeking data de-identified at any point—before or after it was entered into the app) by claiming the second request was duplicative of the first request!  The CDC is plainly playing games. It clearly does not want the v-safe data released,” ICAN said.

The Epoch Times has contacted the CDC and the Department of Health and Human Services for comment.

ICAN said it believes that members of the public should “have immediate access to all v-safe data in de-identified form,” particularly in light of the fact that the Biden administration is mandating vaccines to millions of Americans.

“Despite the fact that this de-identified data already exists, that it is already in the hands of a private company, and that the CDC has never objected to its production, the CDC has so far failed to produce it to ICAN or to the American public—the same people being mandated to take this liability-free product,” ICAN said.

“But don’t worry, ICAN will not rest until this data is made public and so today has commenced a lawsuit against the CDC and HHS demanding that a court compel them to release this data,” ICAN added.

ICAN was founded by Del Bigtree in 2016. Earlier this year, the organization filed a lawsuit against the CDC to request the federal agency take down its statement that claims vaccines do not cause autism from its webpage on autism and vaccines.