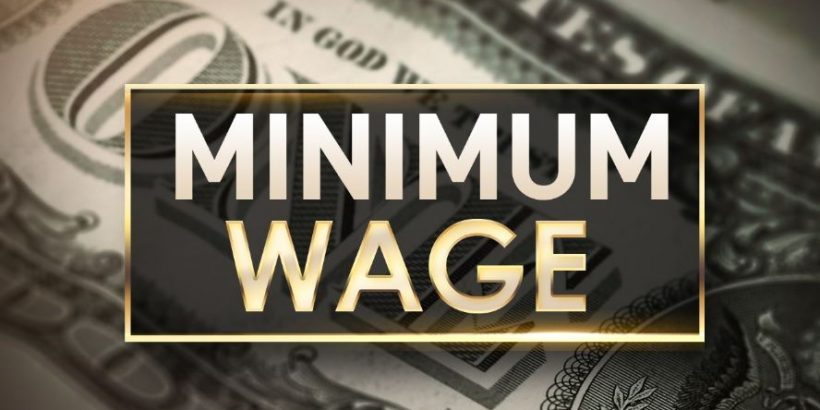 WASHINGTON—Democrats have come closer than ever to achieving the long-sought-after minimum wage hike, but opposition grows against the inclusion of a nationwide wage floor of $15 an hour in the forthcoming coronavirus relief package.

Small-business owners in particular will breathe a sigh of relief if the proposal to increase federal minimum wage fails to pass Congress as part of the economic rescue plan.

Sens. Kyrsten Sinema (D-Ariz.) and Joe Manchin (D-W.Va.) have already expressed concerns about including the provision in the $1.9 trillion relief package.

“The minimum wage provision is not appropriate for the reconciliation process. It is not a budget item. And it shouldn’t be in there,” Sinema told Politico on Feb. 12.

Democrats in both chambers of Congress on Feb. 5 passed a budget resolution to start a reconciliation process that would bypass the 60-vote threshold for legislation. If they can stick together, Democrats can pass the COVID-19 relief package without Republican support.

One-third of small-business owners indicated they would likely lay off workers if the minimum wage rises to $15 an hour, according to a recent survey by CNBC-SurveyMonkey.

Opponents of raising the minimum wage argue that any increase should take into account regional differences.

Small-business owners in the Pacific region (California, Oregon, and Washington) and the mid-Atlantic (New Jersey, New York, and Pennsylvania) are generally supportive of a $15 federal minimum wage, as most of these states already have a $15 wage floor or close to that level. So these businesses won’t feel much pressure to comply with the proposed change.

The minimum wage will more than double in states such as Mississippi and Georgia if the nationwide minimum wage floor is applied. There are no studies that show how these steep hikes could impact the economies of these states, according to Julia Pollak, a labor economist with ZipRecruiter, an online recruitment marketplace.

“The cost of housing ranges sixfold across U.S. states. And of course, it ranges even more within states and across cities. And so when you have a country that has such vast differences in the cost of living, perhaps it doesn’t make sense to have one federal standard for everywhere,” Pollak told NTD Business.

Alternatively, the government could have a federal standard that is tied to the cost of living in a particular area, she added.

The Congressional Budget Office estimated that a federal $15 minimum wage mandate would lift 900,000 people out of poverty but also result in the loss of 1.4 million jobs nationwide by 2025.

They urge Biden to focus on policies that boost economic growth instead of raising the minimum wage. The pro-growth policies of the Trump administration lifted 6.6 million people out of poverty between 2017 and 2019, according to “The Economic Report of the President” released in January.

“The economic facts are clear: A $15 minimum wage would be a job and small business killer at the worst possible time as the economy remains stuck in first gear,” Alfredo Ortiz, president and CEO of the JCN, said in a statement.

“While minimum wage proponents claim the few-year implementation of the wage hike would dull its negative impact, they overlook that the first step on the ramp to $15 is a massive 31 percent increase on June 1st, 2021,” he noted, adding that small businesses have only a couple months to find out how they can absorb this additional cost.

There are concerns that the debate over minimum wage could further deepen divisions among Democrats and block them from getting to the finish line.

The first opposition within Democrats to increasing minimum wage came from Manchin, a moderate Democrat.

“I’m supportive of an increase that’s responsible and reasonable, and in my state, that’s $11,” Manchin told reporters, adding that the rate could be adjusted for inflation.

The votes of Manchin and Sinema are pivotal. Without their support, Biden’s economic rescue package will fail in the Senate that is divided 50-50 between the parties. There’s also a procedural issue related to the so-called Byrd Rule, which will determine whether the minimum wage can be a part of the reconciliation bill.

“We’re, kind of, smack in the middle of the sausage-making of legislating, and we will see where it ends up on the other side,” White House press secretary Jen Psaki told reporters on Feb. 12.

“The president remains committed to raising the minimum wage and he will continue to advocate that at every opportunity.”