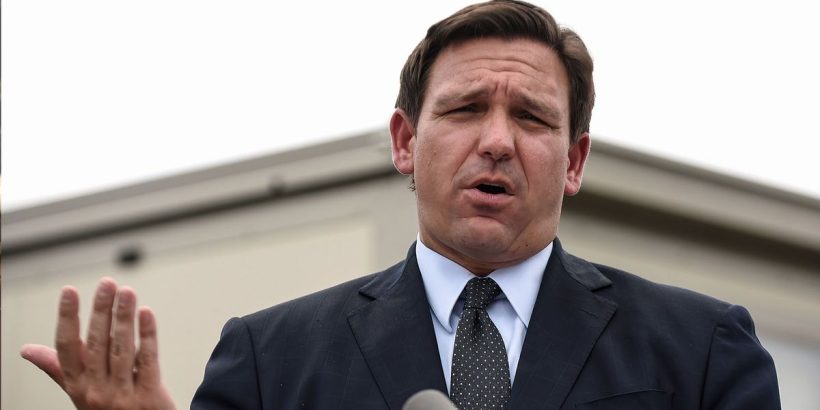 Florida Gov. Ron DeSantis accused journalists of having an “obsession” with the Jan. 6, 2021, Capitol riots.

DeSantis, at a press conference about COVID-19 testing on Thursday, told the press he believed they had given the riots too much attention to promote their own narrative.

“There is an obsession with this among the D.C.-New York journalist class,” DeSantis said. “I think it’s because it allows them to spin a narrative that they want to spin.”

DEMOCRATS USE JAN. 6 ANNIVERSARY TO PUSH FOR OVERHAUL OF VOTING LAWS

“This is their Christmas: Jan. 6,” the Republican governor said. “They are going to take this and milk this for anything they can to be able to smear anyone who ever supported Donald Trump.”

DeSantis compared the riots to the 2017 shooting at a congressional baseball practice, where “Bernie Sanders guy” shot House Majority Whip Steve Scalise and several others.

“That was like a one-day, two-day story,” he said. “That was not something that the Capitol-based press wanted to talk about. Why? Because it totally undercut their preferred narratives.”

The governor then referenced the press coverage of whether the Trump campaign colluded with Russia, claiming their coverage “damaged trust in institutions.”

As for DeSantis’s own opinion of Jan. 6?

While DeSantis claims it was important to “hold people accountable” for rioting, he pointed out no one has been charged for inciting an insurrection.

Trump responded to the speech, claiming the Jan. 6 anniversary is “political theater” and a “distraction for the fact Biden has completely and totally failed.”