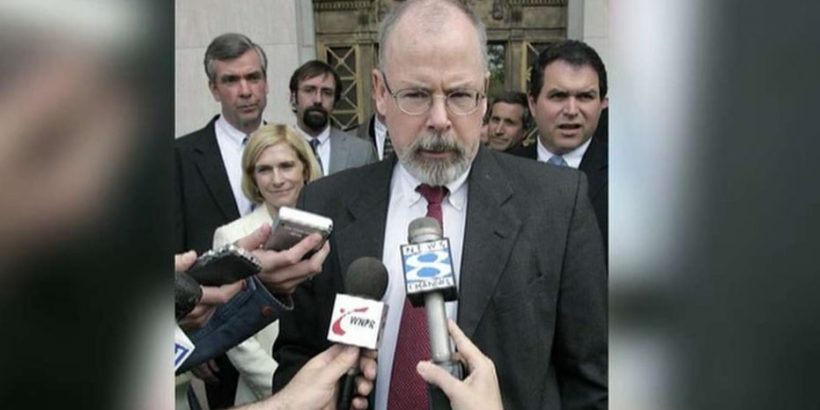 AG Barr’s US Attorney John Durham is reportedly digging deeper into the Deep State actions in 2015 through 2017 related to candidate and President Trump.  Durham reported traveled to Italy for a third time last week and he’s also reportedly looking into actions in the Pentagon as well.

These latest developments reveal the expansive nature of what is now a Justice Department criminal probe into the FBI’s investigation into the Trump campaign. The revelation also comes on the heels of DOJ Inspector General Michael Horowitz’s report regarding the bureau’s investigation into the Trump campaign and Russia. Sen. Lindsey Graham, R-SC, announced to Fox News’ Sean Hannity Wednesday night the lengthy investigative report will be released to the public on Dec., 9.

During the 2016 presidential campaign, Halper had discussions with at least three Trump campaign members: foreign policy aides George Papadopoulos and Carter Page as well as Trump campaign co-chairman Sam Clovis. The New York Times reported in April that the Justice Department inspector general was looking into his actions to see if he exceeded the scope of his assignment.

Grassley’s letter, which cited concerns about whether the defense contracts “were used to support potential partisan political or other improper or wasteful activities,” set a July 25 deadline. And while the Defense Department responded to the Iowa Republican’s demand, Grassley’s office said the department’s response was inadequate.

We know and have reported that Halper was also involved with and had discussions with a fourth Trump campaign associate and that was General Michael Flynn, the war hero and President Trump’s National Security Advisor.  Halper set up Flynn in December 2015.  He invited Flynn to London to an event and Halper seated the General right next to Russian President Vladimir Putin.  This was then used by the Deep State to tie candidate Trump to the Russians.

At that meal in London in 2015 there were two individuals who spied on General Flynn.  Maltese professor Joseph Mifsud was also in attendance.  The Obama Deep State was already spying on candidate Trump in late 2015 as we first reported in June 2018.

This comes as a former FBI employee is accused of altering FISA documents and is under criminal investigation by Durham.