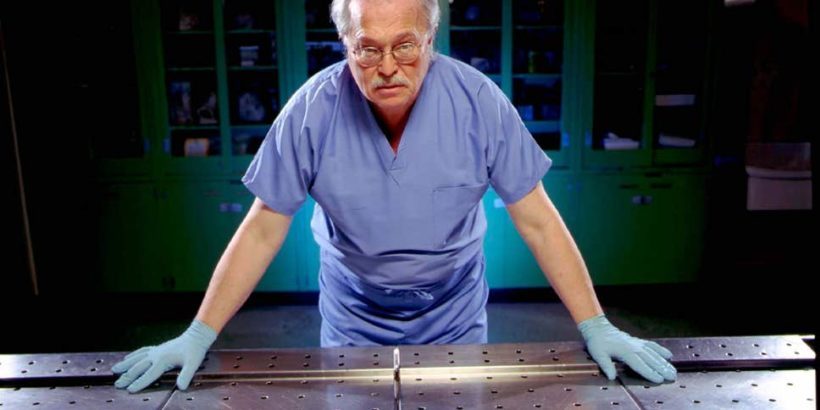 Forensic pathologist Dr. Michael Baden was hired by the convicted sex offender’s brother, Mark Epstein, to observe the autopsy after he was found hanged in a Manhattan jail cell more than two months ago.

Baden told Fox News that “I think that the evidence points toward homicide rather than suicide.”

“The brother is concerned that if [Epstein] was murdered, then other people who have information might be at risk,” Baden claimed in the Wednesday interview, suggesting powerful individuals may have been involved in the death.

“If they think he has information, his life could be in jeopardy,” he insisted.

After observing the autopsy, Baden said there were signs of “unusual” activity “from day one,” saying the wounds were “more consistent with ligature homicidal strangulation.”

There were three fractured bones in Epstein’s thyroid, Baden said, adding that he’s never seen such injuries from hanging deaths in 50 years of examinations.

“Hanging does not cause these broken bones and homicide does,” he told Fox. “A huge amount of pressure was applied.”

Baden then called on prosecutors to release the findings from DNA samples.

“They took fingernail clippings to see if there’s anybody else’s DNA on it and that hasn’t been released, neither has information about whose DNA is on the ligature out of torn strips of orange sheets,” he remarked. “Whoever made it has to have a lot of DNA on it and the brother has been asking for that from day one.”

Baden also called into question the circumstances surrounding Epstein’s death, including the claim that two security guards fell asleep while working at the jail.

“Occasionally a guard falls asleep—never two guards at the same time,” he said on Fox News. “The issue would be, did somebody come in and cause his death?”

The pathologist said there is not a shortage of people who would want to see him dead.

“There were 800 other people in the correctional facility and most of them would have liked to have gotten their hands on him,” he said. However, he noted, “a number of people had to be involved if this was a homicide.”

“It’s 80 days now and the brother feels he is getting a runaround,” Baden said. “He thinks that his brother wasn’t the type to commit suicide but he wants to get the information that he hasn’t been able to get so far.”

In recent days, Bill Gates, the Microsoft co-founder and the current world’s richest man, reportedly met Epstein several times after he was convicted.

After the conviction and short prison sentence, Epstein and Gates got to know each other over the course of a number of meetings, reported The New York Times.

“His lifestyle is very different and kind of intriguing although it would not work for me,” Gates wrote of Epstein to colleagues in 2011 after the pair’s first meeting.

The comment was in reference “only to the unique decor of the Epstein residence—and Epstein’s habit of spontaneously bringing acquaintances in to meet Mr. Gates,” a spokeswoman told the paper. “It was in no way meant to convey a sense of interest or approval.”