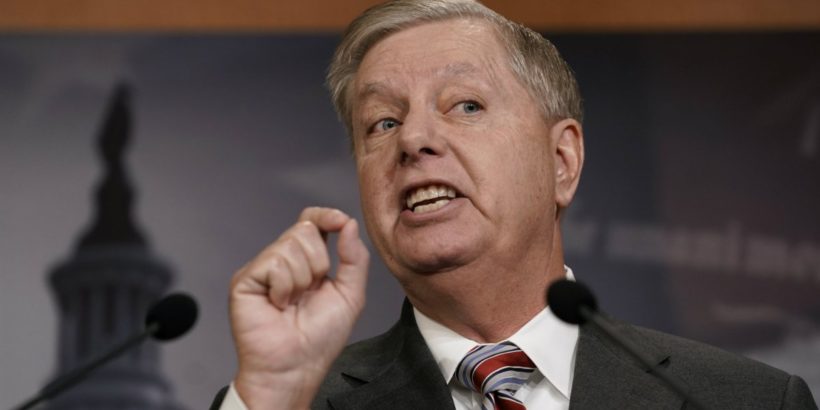 The Senate will investigate allegations surrounding the whistleblower, who triggered the impeachment of President Donald Trump, and Hunter Biden, another central impeachment figure, when the trial wraps up in the near future, said Senate Judiciary Chairman Lindsey Graham (R-S.C.) in an interview.

“I want to understand how all this crap started,” he told Fox News’s “Sunday Morning Futures.” Graham added that the chairman of the Senate Select Committee, Sen. Richard Burr (R-N.C.), has told colleagues that he wants to ask the whistleblower questions.

It comes as Trump’s Senate trial prepares to wrap up this week. Last week, senators voted against calling witnesses in the trial, expediting the process.

The impeachment inquiry started last year after an anonymous whistleblower complaint to the Intelligence Community Inspector General’s office about a July phone call between Trump and Ukrainian President Volodymyr Zelensky, during which Trump asked Zelensky to look into allegations of corruption surrounding the Hunter Biden and his father, 2020 Democratic candidate Joe Biden. The whistleblower’s identity has not been released.

Some Republicans have accused House impeachment manager Rep. Adam Schiff (D-Calif.) of having contact with the anonymous person before the complaint was even filed. They have claimed the whistleblower met with Schiff’s staff. Meanwhile, there have been reports that the whistleblower was a former associate or employee of Vice President Joe Biden.

In the impeachment trial, Schiff repeatedly said that he has no idea who the whistleblower is. He also stressed that the person’s identity should be protected due to a potential reprisal.

“I don’t know who the whistleblower is. I haven’t met them,” Schiff told the Senate last week, adding that neither he or his staff coached the person. “I am very protective of my staff as I know you are,” Schiff, chairman of the House Intelligence Committee, said. “The whistleblower did exactly what they should,” he added.

In addition to the probe of the whistleblower, the Senate Foreign Relations Committee will investigate Joe Biden’s dealings with Ukraine. His son worked for Ukrainian gas firm Burisma Holdings while he was in office, according to the South Carolina senator. Both Joe and Hunter Biden have denied allegations of corruption.

“I’m gonna bring in State Department officials and ask them, ‘Why didn’t you do something about the obvious conflict of interest Joe Biden had?’” Graham told the broadcaster. “Joe Biden’s effort to combat corruption in the Ukraine became a joke.” He assured Fox’s Maria Bartiromo that they “can prove beyond any doubt that Joe Biden’s effort in the Ukraine to root out corruption was undercut because he let his son sit on the board of the most corrupt company in the Ukraine and we’re not gonna give him a pass on that.”

The Biden campaign has not responded to a request for comment.

On Monday, the former vice president’s wife, Jill Biden, suggested that neither she or Joe Biden are friends with Graham. “I don’t know what happened to Lindsey. And we used to be great friends,” she told CNN. “You know, it’s hard when you, I don’t know, consider somebody a friend and then they’ve said so many things, so many negative things. And it’s—that’s been a little hurtful,” she said.

Last year, amid the allegations surrounding Biden, he told CNN that Graham “is about to go down in a way that I think he’s going to regret his whole life” after Graham said that his dealings in Ukraine should be investigated.