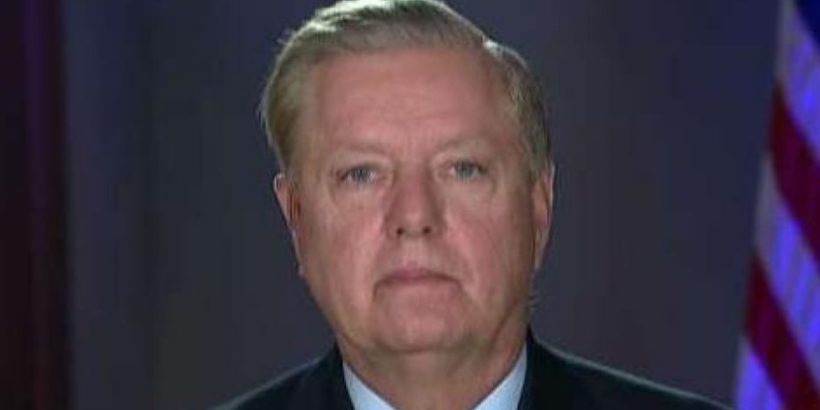 Graham Introduces Resolution to Condemn House Inquiry: ‘Danger to the Future of the Presidency

Sen. Lindsey Graham (R-S.C.) said on Thursday that he is introducing a resolution to condemn the “closed-door” House Democratic-led impeachment inquiry process.

In an afternoon press conference, Graham said the Senate’s top Republican, Mitch McConnell (R-Ky.), is a co-sponsor. Forty other Senate Republicans have signed onto the measure, he said.

The House is now “out of bounds” and is “inconsistent with the process as we know it,” he said, noting that Rep. Al Green (D-Texas) started an impeachment vote earlier this year that “failed miserably.”

House Democrats are shutting Republicans out of the impeachment inquiry process, which is “at its core, un-American,” he also claimed.

“What’s going on is a run around of the impeachment process … that fundamentally” ignores due process under the law, Graham said. “It’s a danger to the future of the presidency,” he added.

The nonbinding resolution gives Senate Republicans a chance to show support for President Donald Trump at a moment when Trump is urging his GOP allies to get tougher and fight harder for him as the House impeachment probe continues.

Earlier this week, Graham indicated he would introduce a resolution in the Senate condemning the inquiry, saying that any articles of impeachment should be dismissed without a Senate trial.

“This resolution puts the Senate on record condemning the House. … Here’s the point of the resolution: Any impeachment vote based on this process, to me, is illegitimate, is unconstitutional, and should be dismissed in the Senate without a trial,” Graham told Fox News’ Sean Hannity earlier this week.

The current format of the inquiry, he argued, is illegitimate because “Republicans are being shut out.”

“If you had an inquiry vote, that allows Republicans and the president to call witnesses and to confront people accusing the president of misdeeds,” Graham said.

A resolution in the Senate would need at least 60 votes to pass.

Trump and other Republicans have called on House Democrats to formally vote on the impeachment inquiry. Speaker Nancy Pelosi (D-Calif.) has said that it isn’t required under the rules.