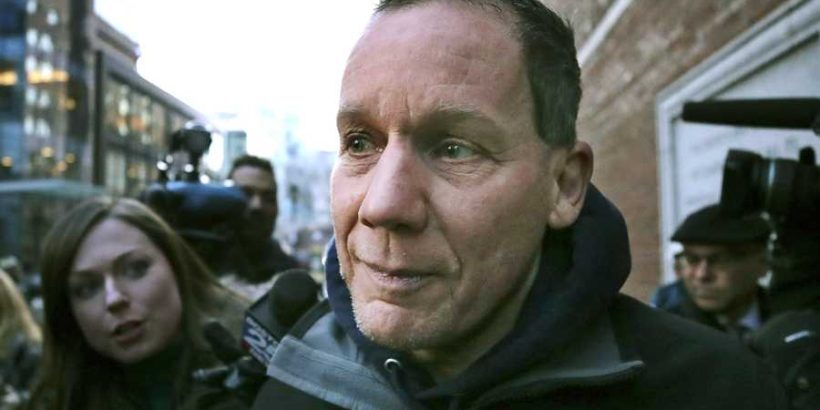 Harvard professor Dr. Charles Lieber was found guilty on all federal charges against him related to concealing his ties to a Chinese university and the Chinese government’s Thousand Talents Program while receiving U.S. government funding.

The verdict, a big win for the Justice Department’s China Initiative, came as a federal jury in Boston quickly determined Tuesday that Lieber was guilty on all six charges, including two counts of making false statements to federal investigators, two counts of filing false tax returns, and two counts of failure to file reports of foreign bank and financial accounts.

Lieber, the former chairman of the Department of Chemistry and Chemical Biology at Harvard University, received $15 million in grant funding from the National Institutes of Health and the Pentagon over multiple years, according to court documents. He was arrested and charged in January 2020 with a number of crimes.

Lieber was hit with a superseding indictment on accusations that he falsely reported his income tax returns related to his role as a “strategic scientist” at the Wuhan University of Technology and his lucrative participation in the Thousand Talents Program. The Justice Department says the Chinese program is “designed to attract, recruit, and cultivate high-level scientific talent in furtherance of China’s scientific development, economic prosperity, and national security.”

Lieber maintained his innocence, and the jury trial began last week in a federal courtroom, with closing arguments wrapping up Tuesday and the jury conviction coming a few hours later.

The Justice Department said that under Lieber’s three-year Thousand Talents contract, the Wuhan University of Technology paid him a salary of up to $50,000 per month and awarded him more than $1.5 million to establish a research lab at the Chinese school. Prosecutors successfully argued Lieber repeatedly lied to federal investigators, claims which the professor denied.

The Lieber case was presided over by U.S. District Judge Rya Zobel, who set $1 million bail and ordered Lieber and his wife to surrender their passports in January 2020. The professor was placed on indefinite paid leave by Harvard after his arrest.

The Harvard Crimson reported that Lieber’s defense attorney, Marc Mukasey, told the jury last week that the government could not prove beyond a reasonable doubt that Lieber had lied to federal investigators.

“This is not about Charlie and China. This case is about careless conduct in Cambridge. The people who the government will call as witnesses in this case didn’t even write down the statements that Charlie is on trial for,” Mukasey said.

Assistant U.S. Attorney James Brabick told the jurors that “this case is about false statements, false tax returns, and an unreported bank account in China.”

The outlet also reported that an FBI video interrogation of Lieber from January 2020 was shown to jurors last week in which Lieber admitted, “I wasn’t completely transparent by any stretch of the imagination,” during a 2018 interview with authorities. During the interrogation, the Harvard professor was shown an email he sent to a fellow researcher at the university while being scrutinized by investigators in which he said, “I will be careful with what I discuss with Harvard University and none of this will be discussed with government investigators at this time.”

Lieber also told the FBI in 2020 that it was possible he had joined the Thousand Talents Program, which conflicted with what he told the Pentagon in 2018, though he claimed, “I may have signed a document that was in Chinese that I shouldn’t have signed.”

When FBI agents showed him his signed Thousand Talents contract related to the Wuhan university, Lieber told the bureau, “That’s pretty damning,” in 2020.

The China Initiative, started by the Trump Department of Justice in 2018, aims to crack down on Chinese economic espionage in the United States, with a particular focus on rooting out academics concealing their ties to China. The effort has come under fire from some academics and Democrats, while Republicans have suggested Attorney General Merrick Garland is not conducting the initiative vigorously enough.

FBI Director Christopher Wray said last year that the bureau has more than 2,000 active investigations that trace back to China, half of which are related directly to intellectual property theft, while the other half are a variety of counterintelligence investigations.

“There’s no country that presents a broader, more comprehensive threat to America’s innovation, to our economic security, and to our democratic ideas than China does,” Wray said.