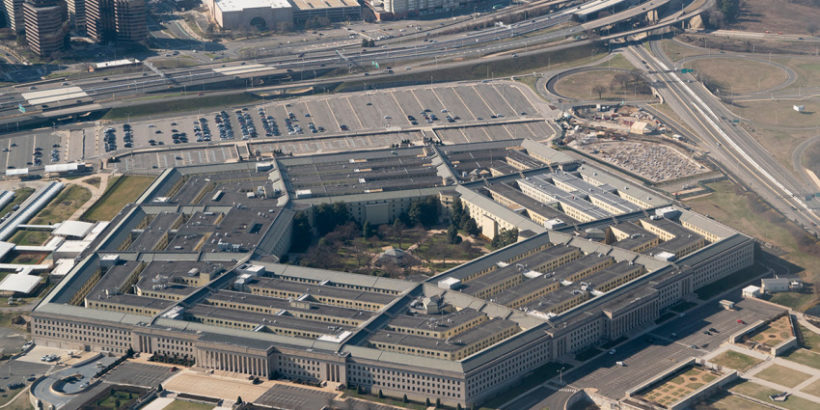 The Pentagon has ordered a small contingent of active-duty soldiers to alert status, on standby to join thousands of National Guard troops to help police quell civil unrest amid protest demonstrations across America. But the unprecedented situation is still a long way from martial law, legal experts say.

Currently, about 20,400 Guard troops have been activated in 28 states and the District of Columbia as demonstrators clash with police over the death of George Floyd, an unarmed black man who died May 25 in police custody in Minneapolis.

The Pentagon ordered active-duty military police from the XVIII Airborne Corps at Fort Bragg, North Carolina, to the D.C. area to await a request to assist with the Guard response, but so far U.S. Army officials have remained tight-lipped about the deployment.

Army UH-60 Black Hawk and UH-72 Lakota helicopters flew low over crowds of protesters in D.C. on Monday night as demonstrations went past the ordered curfew, according to a Fox News report. On Tuesday, Pentagon officials referred questions about the helicopters to the D.C. National Guard.

This latest deployment of troops on U.S. soil follows the activation of about 42,000 Guard members since March in response to the COVID-19 pandemic — an extraordinary chain of events that has fueled fears on social media of the beginning of martial law in America.

“It’s a horrible situation. The confluence of the virus and the racial incident — it created powder kegs and there is a lot of pent-up frustration all over the country,” said William Banks, a professor emeritus at Syracuse University’s College of Law and the author of “Soldiers on the Homefront: The Domestic Role of the American Military.”

“What you need at a time like this is tremendous leadership on the part of state, local and national figures,” he added.

President Donald Trump has taken a hard stance on the situation, threatening to use military force to stop rioters and expressing support for Arkansas Republican Sen. Tom Cotton’s call for the enactment of the Insurrection Act, which would allow for the deployment of active-duty units in law enforcement roles if requested by a governor or state legislature.

While the rhetoric may be extreme, the use of military forces, so far, in no way resembles martial law, Pentagon spokesman Army Lt. Col. Chris Mitchell, told Military.com.

“We are not even close,” he said. “The troops that are responding right now are currently National Guard troops. They are there in support of state and local governments.”

Mitchell added, “Realistically, it’s not something that the military would declare.”

Martial law occurs when the military chain of command is put in control of civilian society — usually in a time of war — when civilian courts and government are not functioning.

Martial law is an “extraordinary state of being, and it basically means the government isn’t in control at all; there is no law. Martial law is the power of a commander,” Banks said.

“The last time the law was declared in the United states was in Hawaii during World War II,” he said, describing the military’s response after the Japanese attack on Pearl Harbor, which resulted in Japanese Americans being put in internment camps.

In fact, Banks said, there is no longer a “publicly known procedure” for the enactment of martial law.

“Years ago, there were some regulations within the [Defense Department] that spoke to the possibility of martial law, but they have been taken off the books,” he said. “We can’t see them, so we don’t even know if they exist anymore.”

On Monday, Trump told governors during a call — the audio of which was obtained by the Washington Post — to “get much tougher” on protesters. He also tweeted support for Cotton’s plan to deploy active-duty soldiers from combat units such as the 101st Airborne and 82nd Airborne Divisions to deal with rioters.

“There is this feeling that you are going to get your city destroyed by fire, people are going to get hurt or killed and we need to stomp on this,” said Richard Kohn, professor emeritus of History and Peace, War and Defense at the University of North Carolina at Chapel Hill.

But deploying combat troops to face down demonstrators could provoke the situation further and puts the U.S. military in a terrible position, he said.

“They know it’s dangerous; they want to defend the American people,” said Kohn, who served as the chief of Air Force History and chief historian for the Air Force from 1981 to 1991. “The overwhelming majority of the military leadership understand that they have to stand with and behind the American people and not in opposition to it or even appear to be in opposition to it.”

Typically, active-duty U.S. military personnel are prohibited from making arrests or serving other law enforcement functions by the Posse Comitatus Act of 1878 which outlaws the willful use of any part of the armed forces to execute the law unless authorized by the Constitution or an act of Congress.

“It basically reinforces sort of a cultural aversion Americans have had to military involvement with law enforcement,” Banks said.

Active-duty troops can be empowered to act in a law enforcement role under the Insurrection act, an exception to Posse Comitatus that allows the president to deploy U.S. troops within the nation’s borders for specific purposes, including quelling disorder and rebellion. The Insurrection Act can be invoked, however, without realizing a state of martial law.

But Banks said there is a big difference between governors activating Guard units in their states and the White House ordering active-duty troops into communities.

“The National Guard forces that are deployed by governors in the cities inside states are members of those communities,” he said. “And presumably they are being called by the governor because the governor has made a determination that the local law enforcement may not be able to manage civil order in their community — it’s a backup to the police.

“It’s far less heavy-handed than the president federalizing an incident and sending in your military,” Banks added.

But even if Trump decides to go that route, local, state and federal government officials would still control the response to civil unrest, he said.

“Presumably, if Congress is able to meet and if the president is alive and well, there is no need for martial law because they can govern effectively with institutions and the laws we have in place,” Banks said. “It’s an extraordinary situation, and it’s highly unlikely ever to occur in the United States.”

President Abraham Lincoln declared martial law in several states during the Civil War, but the U.S. Supreme Court put an end to it in 1865, he said.

“There is an old case from the Civil War … and the Supreme Court in that case in 1865 said that, so long as the government is operating, there is no justification for martial law,” Banks explained.