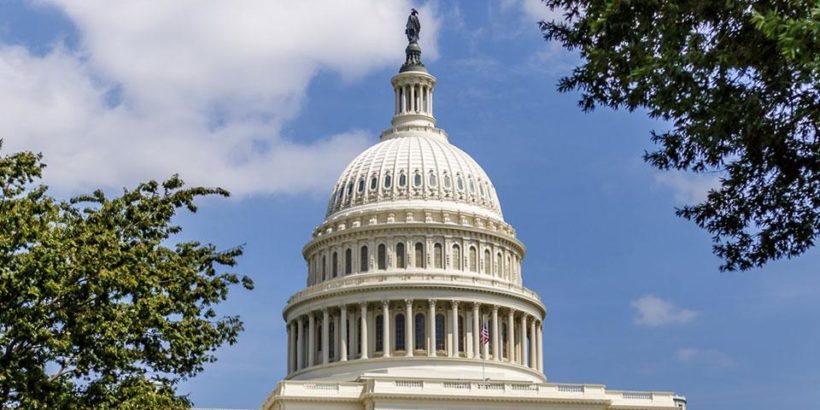 The House voted to pass a resolution to lay out the ground rules for the inquiry into impeaching President Donald Trump, including how public hearings will proceed, how documents and transcripts will be released to the public, and who will be able to question witnesses.

The final vote was 232-196, with three Republicans not voting and one Democrat not voting.

Before the vote, the remarks from House members took a partisan tone, with Democrats accusing Republicans of now addressing the allegations against Trump, while Republicans pilloried the Democrats for carrying out an investigation in secret.

It is the first time that House members voted on anything related to the impeachment process.

Several Republicans slammed Rep. Adam Schiff (D-Calif.), the head of the House Intelligence Committee, for “muzzling Republicans” and not allowing the public to see the secret depositions or know who the whistleblower, who brought the complaint to light, is.

Rep. Andy Biggs (R-Ariz.) said the Democrats’ claims that the impeachment inquiry is about protecting a Democracy is shambolic. “Open it up” to the American people, he told the Democrats. “Just because they don’t agree with the result with the 2016 election,” Rep. Steve Scalise (R-La.) said on the House floor, saying that this notion is not enough to impeach a president.

“This is Soviet-style rules,” he said, “maybe in the Soviet Union you do something like this.”

But House Speaker Nancy Pelosi (D-Calif.) attempted to invoke the Founding Fathers of the United States constitution, saying that “what is at stake is our Democracy” during this impeachment process.

“This constitution is the blueprint for our republic and not a monarchy,” she said, adding that that’s “what this vote is about.”

“Our only goal is uncovering the truth,” said Rep. Joe Morelle (D-N.Y.), asking whether Trump used his office to pressure Ukraine. “We have no choice, we must continue to investigate” the allegations, he said.

“This is the moment that history will write,” McCarthy stated.

The resolution directs the House committees leading the inquiry to send their findings to the House Judiciary Committee, chaired by Rep. Jerrold Nadler (D-N.Y.), and it will decide whether to recommend moving forward with the articles of impeachment.

In a House Rules Committee meeting Wednesday, Republicans assailed Democrats for what they term is a move to infringe on the rights of President Trump and allowing for procedures that were fundamentally unfair.

“I think this is a sad day for the Rules Committee and for the institution of the House of Representatives,” said ranking member Tom Cole (R-Okla.) in the hearing. “We’re meeting here today to set forth a process for impeaching a president of the United States. In my view, it’s not a fair process, it’s not an open process, it’s certainly not been a transparent process. It’s been limited and closed, and frankly, I think we’re moving toward a preordained result.”

And during the markup of the resolution on Wednesday, Rep. Debbie Lesko (R-Ariz.) responded to Chairman Jim McGovern (D-Mass.), who said that without “a Ken Starr”—referring to the investigator who built the impeachment case against President Bill Clinton—”these committees are building the case.”