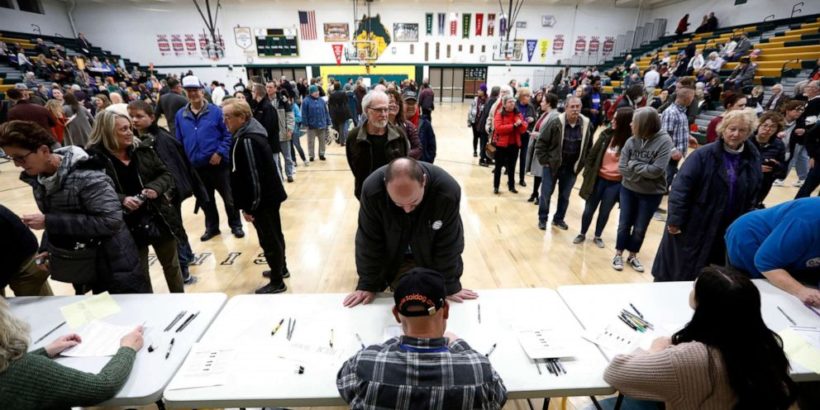 The Iowa Democratic Party blamed delayed results in Monday evening’s caucus contest on a “coding issue” found in the app used to record and report votes.

“While the app was recording data accurately, it was reporting out only partial data. We have determined that this was due to a coding issue in the reporting system,” party officials said in a Tuesday morning statement.

NEW statement from @iowademocrats — “While the app was recording data accurately, it was reporting out only partial data. We have determined that this was due to a coding issue in the reporting system.” pic.twitter.com/kOXdcvggoe

Shadow, a Democrat-affiliated technology company, developed the app that officials had hoped would deliver swifter caucus results. The outfit is run by Gerard Niemira, who served as Director of Product for Hillary Clinton’s failed 2016 presidential campaign. Additionally, former Clinton campaign manager Robby Mook was part of the project Defending Digital Democracy (DDD) — an initiative aimed at protecting elections from cyberattack — that tested the app ahead of the botched caucus.

In its statement, the Iowa Democratic Party said last night’s results will be reported  “as soon as possible today” but would not give a firm deadline.

“Precinct level results are still being reported to the IDP.  While our plan is to release results as soon as possible today, our ultimate goal is to ensure that the integrity and accuracy of the process continues to be upheld,” said officials.

The reporting app was distributed to precinct chairs shortly before Monday’s caucuses.

Some Iowa precinct chairs noticed problems with the app during tests earlier Monday but assumed they were only sporadic issues, the Des Moines Register reported. However, the issue turned into a paralyzing malfunction after the caucuses concluded, and organizers found they were unable to log into the app.

“They literally have no verified results right now, so we won’t know anything until sometime Tuesday,” said one campaign adviser.

“We have no sense when results might come in,” said Anita Dunn, an adviser to former Vice President Joe Biden. “We are… very concerned with what they might release: The alignment numbers are not adding up.”

Unable to declare victory or concede defeat, Biden left Iowa for New Hampshire, the next stop on the primary calendar. It will stage its primary next Tuesday.

The UPI contributed to this report.