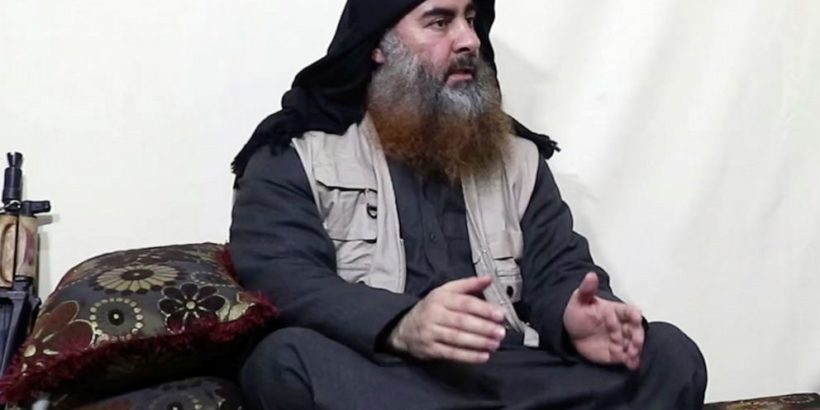 The president announced the news in a statement to the nation from the White House.

“Last night the United States brought the world’s number one terrorist leader to justice, Abu Bakr al-Baghdadi is dead,” Trump said. “He was the founder and leader of ISIS, the most ruthless and violent terror organization anywhere in the world.”

Trump said that al-Baghdadi detonated a suicide vest as he was trapped in a tunnel with three children as American forces approached.

“He died after running into a dead-end tunnel, whimpering and crying and screaming all the way,” Trump said.

He said that the tunnel caved in on al-Baghdadi’s mutilated body but that test results proved that it was him.

Trump said that American special forces landed with eight helicopters and blew holes into the side of the terrorist compound.

He described that raid as “absolutely perfect, as though you were watching a movie.”

Trump said that no American troops were wounded in the operation, but that “a beautiful dog, a talented dog” that was part of the canine units was wounded but brought back for treatment.

“They did a lot of blasting,” Trump said, praising the Special Forces.

The president singled out American intelligence for praise.

“We had some incredible intelligence officials that did a great job,” he said.

Trump used the occasion to send a message to all radical Islamic terrorists in the world.

The military operation was conducted by American Special Forces Delta Force after it was approved by Trump, according to reports, after Al-Baghdadi was discovered by American intelligence in Syria’s northwestern Idlib province.

Al-Baghdadi first appeared in 2014 establishing the ISIS caliphate with him as the caliph. For five years, ISIS and al-Baghdadi inspired terrorist attacks around the world against Western forces.

The world has spent years trying to capture or kill al-Baghdadi, a major step in the ongoing fight against the Islamic State and radical Islamic terrorism.

Trump said that he was adamant about finding al-Baghdadi as soon as he took office as president.

“Capturing or killing Baghdadi has been the top national security priority of my administration,” he said.

Trump said that he did not inform Democrat Congressional leaders about the Saturday raid, for fear of leaks that would endanger the troops in the operation.

“We were going to notify them last night but we decided not to do that because Washington leaks like I’ve never seen before,” Trump said. “There is no country in the world that leaks like we do and Washington is a leaking machine.”