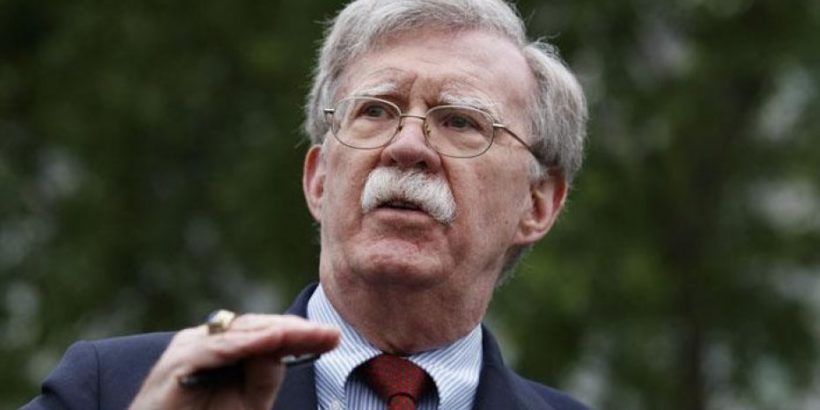 He “was personally involved in many of the events, meetings, and conversations about which you have already received testimony, as well as many relevant meetings and conversations that have not yet been discussed in the testimonies thus far,” lawyer Charles Cooper wrote in a letter to House General Counsel Douglas Letter, according to reports.

“If the House chooses not to pursue through subpoena the testimony of Dr. Kupperman and Ambassador Bolton, let the record be clear: that is the House’s decision,” Cooper wrote, reported Politico.

Democrats in the House have sought his testimony in their impeachment probe about whether Trump misused his office when dealing with Ukraine.

On Thursday, Bolton was scheduled to show up for closed-door testimony but didn’t appear before his lawyer said he wanted a judge to decide whether he and former deputy, Charles Kupperman, could talk to lawyers in defiance of the White House. The House withdrew its subpoena for Kupperman this week.

Cooper also said his client was “dismayed” that the three panels overseeing the inquiry “have chosen not to join us in seeking resolution from the Judicial Branch of this momentous Constitutional question as expeditiously as possible,” The Hill reported.

“It is important both to Dr. Kupperman and to Ambassador Bolton to get a definitive judgment from the Judicial Branch determining their Constitutional duty in the face of conflicting demands of the Legislative and Executive Branches,” he remarked.

“Dr. Kupperman stands ready, as does Ambassador Bolton, to testify if the Judiciary resolves the conflict in favor of the Legislative Branch’s position respecting such testimony,” he added.

An anonymous House official told the news website that Bolton would file a lawsuit if they issued a subpoena to him.

“We would welcome John Bolton’s deposition and he did not appear as he was requested today,” the official told the Hill. “We regret Mr. Bolton’s decision not to appear voluntarily, but we have no interest in allowing the Administration to play rope-a-dope with us in the courts for months.”

The House will now move toward the public phase of the impeachment inquiry, with House hearings to start next Wednesday, Nov. 13, according to an announcement from House Intelligence Chair Adam Schiff (D-Calif.).

“John Bolton is a very important witness … he has very relevant information and we do want him to come in and testify,” Schiff told ABC News last month. “My guess is that [the White House] is going to fight us having John Bolton in.”

In September, Trump fired Bolton and thanked him “very much for his service,” while Bolton claimed that he offered to resign.

Later, Trump wrote that Bolton, who is well-known for his hawkish impulses and proponent of military intervention, was “holding me back.”

“In fact, my views on Venezuela, and especially Cuba, were far stronger than those of John Bolton,” Trump wrote on Twitter. “He was holding me back!”