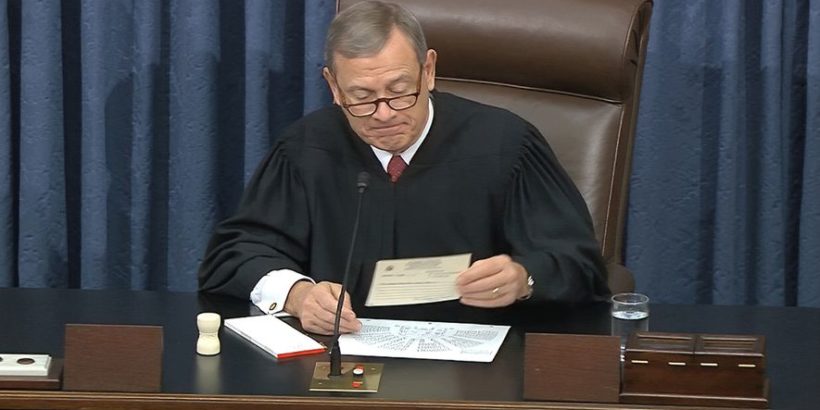 Paul submitted a written question, as senators are doing today and yesterday. Roberts, the presiding officer of the trial, read the question silently before saying he would not read it out loud, effectively blocking the query.

Reports started emerging Wednesday that Roberts planned to block the question from Paul. A member of Paul’s team said Thursday morning that the senator would still ask the question.

Senator @RandPaul sends question to the desk during Impeachment Trial.

Chief Justice Roberts: “The presiding officer declines to read the question as submitted.” 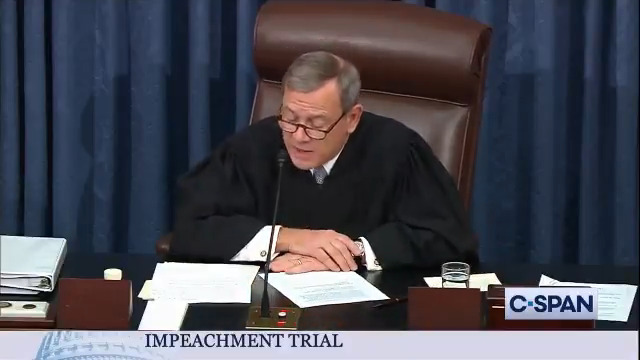 “Are you aware that House intelligence committee staffer [Sean] Misko had a close relationship with [the alleged whistleblower] while at the National Security Council together?” the question stated, according to Paul.

“Are you aware, and how do you respond to reports that [the two people] may have worked together to plot impeaching the president before there were formal House impeachment proceedings?” the question read.

“My question today is about whether or not individuals who were holdovers from the Obama National Security Council and Democrat partisans conspired with Schiff staffers to plot impeaching the president before there were formal House impeachment proceedings,” Paul stated.

“My question is not about a ‘whistleblower’ as I have no independent information on his identity. My question is about the actions of known Obama partisans within the NSC and House staff and how they are reported to have conspired before impeachment proceedings had even begun.”

Paul seemed to be referring to the person who filed a complaint against Trump over the president’s July 2019 phone call with Ukrainian President Volodymyr Zelensky. That person met with at least one staffer of House Intelligence Chairman Adam Schiff (D-Calif.), the lawmaker admitted after initially saying “we have not spoken directly with the whistleblower.”

Schiff has repeatedly said he doesn’t know who the whistleblower is. The name of the alleged whistleblower has been reported by some media outlets but The Epoch Times isn’t publishing the name because it hasn’t been able to confirm the identity.

Several GOP senators on Wednesday tried eliciting information about the person who filed the complaint.

Sens. Mike Lee (R-Utah), Ted Cruz (R-Texas), and Josh Hawley (R-Mo.) asked about who the person might have worked with, naming Misko and another person who allegedly worked on the council during the same time period.

“Do you have any reason to believe that the alleged whistleblower and Misko coordinated to fulfill their reported commitment to ‘do everything we can to take out the President?’” they asked.

Cruz, Hawley, and Sen. Jerry Moran (R-Kan.) asked the House impeachment managers if the person worked for or with Joe Biden, the former vice president who’s vying for the Democratic presidential nomination.

Michael Atkinson, the inspector general of the intelligence community, said in a letter on Aug. 26, 2019, that the person who filed the complaint against Trump had “some indicia of an arguable political bias … in favor of a rival political candidate.”

“If so, did he work for or with Joe Biden on issues involving Ukraine, and did he assist in any material way with the quid pro quo in which then-Vice President Biden has admitted to conditioning loan guarantees to Ukraine on the firing of the prosecutor investigating Burisma?”