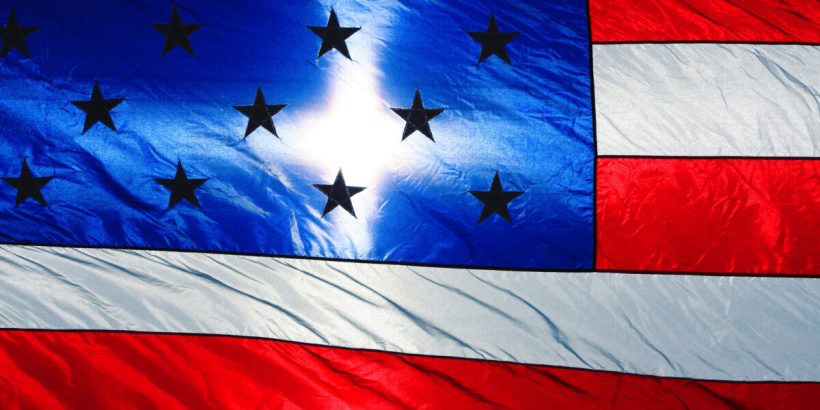 Labor Day should be recognized as the holiday that celebrates not only labor, but also the ideas, job creators, and institutions central to the flourishing of the United States and its people.

For most people, Labor Day is a rather vague holiday without the clarity and meaning typically associated with other holidays. Yet in its most complete context, Labor Day should be recognized as the holiday that celebrates not only labor, but also the ideas, job creators, and institutions central to the flourishing of the United States and its people.

For starters, consider the tools brought by the colonists who arrived in the New World along the eastern seaboard that would become the United States. These were the same rudimentary tools — such as shovels, axes, hoes, and ploughs — that had been used for prior centuries. But something happened in America that sped up economic development and transformed labor output beyond what had ever happened previously in human history.

Colonial America certainly benefited from the fact that early settlers were a self-selecting people willing to leave the familiarity of their European homes and cross a dangerous ocean. Because they were tough and willing to sacrifice and take risks, these settlers were predisposed to forgo immediate gratification and to work hard. And they not only prospered, but within a generation or two, many of their descendants achieved surprising wealth that in many cases was created from nothing. In addition, in contrast to today, what stands out about towns and cities in colonial America was the relative absence of poverty.

It was Alexis de Tocqueville, whose ever-relevant classic, “Democracy in America,” pointed out that in contrast to Europeans, Americans regard work as “positively honorable.” In part, that was undoubtedly attributable to Christian influence in America. The Bible makes more than 450 references to the value and importance of work — specifically referring to work as a virtue more times than it refers to other virtues, such as prayer, faith, hope, joy, forgiveness, mercy, grace, or peace. Thus, it was and still should be widely recognized that work is good for the soul and necessary to a fulfilling life with dignity and meaning.

The idea of a “labor day holiday” was conceived in America in the 1880s by union labor leaders who sought recognition for the accomplishments of American workers. Finally, in 1894, Congress voted to establish Labor Day as a national holiday to celebrate workers’ contributions to the strength, prosperity, and well-being of the country. But as U.S. laborers’ standard of living rose above those in the rest of the world, the tie between Labor Day and labor unions diminished.

Labor Union membership peaked as a percentage of the entire American labor force at 26 percent in 1953. Today, the share of workers belonging to unions has dropped to a new low of 10.3 percent. What is striking now is how union membership among government workers — at about 34 percent — is more than five times higher than among private-sector workers — at about 6.1 percent.

Since government produces little and is heavily unionized, while the private sector that produces most of the goods and services that people want is thinly unionized, it’s natural for many to perceive that non-unionized workplaces are more highly correlated to productivity than those that are unionized. And just as the private-sector economy has moved away from unionization, it is entirely appropriate to recognize the need for a broader perspective and narrative about the meaning of the Labor Day holiday.

A New Narrative About Labor Day

While commemorating all who labor, it makes sense to also celebrate the entrepreneurs and the intermediaries who create jobs and new labor opportunities that come out of launching new business ventures. Like the early colonial settlers, these prophets and dreamers are often the ones most willing to take risks in developing new products, services, and market opportunities. What’s important to understand about Labor Day past and present is that these visionaries were the primary drivers of wealth creation that took the country from colonial poverty to world economic superpower in a little more than 200 years. Some who have recognized that thread in history find the Biblical reference of being “the light of the world, a city set on a hill” pertains not only to Christians’ positive spiritual influence on society, but also find it applicable to America’s vibrant political and economic success being a constructive example for other nations.

We all know that 1776 was the year of “Founding Fathers” giving birth to America with the Declaration of Independence. 1776 was also the year that the Scottish enlightenment philosopher, Adam Smith, became known as the “Father of Capitalism,” when he published “The Wealth of Nations.” Now a classic, it was at the time the first major work providing a comprehensive understanding of how the essential elements of the free market system — labor, private property, and capital — provide the foundation for entrepreneurs, scientists, inventors, financiers, laborers, and consumers to freely interact for the economic benefit of society, producing results more proficiently than any other system, notably the socialist system.

The central struggle throughout the ages has been between freedom and tyranny. Even before Karl Marx wrote “The Communist Manifesto” and “Das Kapital,” Tocqueville asserted, “Democracy and socialism have nothing in common but one word, equality. But notice the difference: while democracy seeks equality in liberty, socialism seeks equality in restraint and servitude.” He added, “You can’t have it both ways. Socialism is a new form of slavery.” Anyone can see across nations and cultures that socialism has been associated with diminished prosperity and abuse of power by those in control, who waste and steal, while free enterprise has been associated with flourishing and opportunity to pursue happiness. Socialism not only fails because it misallocates resources and thwarts creativity, but also because it discourages and destroys the human spirit.

What is also exceptional is the fact that the United States has had one constitution for 234 years, while the average length of other nations’ constitutions in the world has been less than 20 years. What accounts for our nation’s longevity, making America truly unique and exceptional, is found in its Declaration of Independence, which established that citizens have unalienable God-given rights that cannot be taken away by the state. The founding of the United States was an exceptional moment in human history, and because those ideas cannot be canceled or rescinded, our country remains exceptional. Labor Day celebrates American exceptionalism through the work and the accomplishments of its diverse people.

Scott S. Powell is senior fellow at Discovery Institute. His new book, “Rediscovering America”, has been the number one on Amazon among new releases in the history genre for eight weeks. Reach him at scottp@discovery.org.