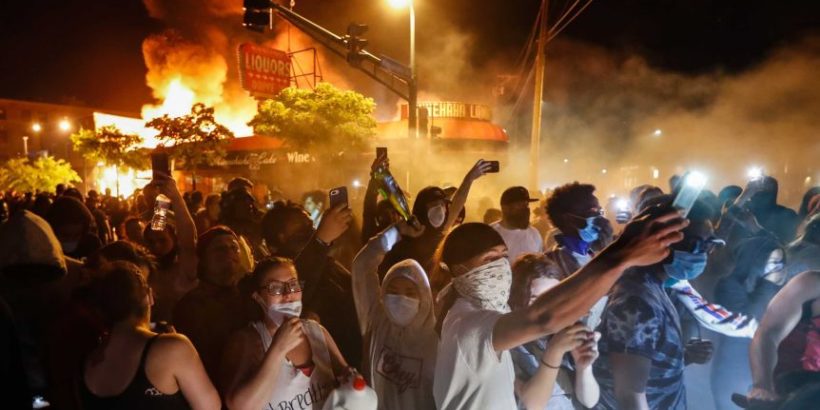 The Minneapolis City Council unanimously on Friday passed a veto-proof resolution to pursue replacing its police department with a “community-led public safety system.”

“The murder of George Floyd on May 25, 2020, by Minneapolis police officers is a tragedy that shows that no amount of reforms will prevent lethal violence and abuse by some members of the Police Department against members of our community, especially Black people and people of color,” the five city council members wrote in a resolution, reported Reuters.

Floyd died in Minneapolis police custody, leading to nationwide protests and a resurgence of the Black Lives Matter movement. Former officer Derek Chauvin, who faces second-degree murder charges in the case, was seen in a video with his knee on Floyd’s neck.

The resolution said the city council will start a year-long plan to engage “with every willing community member in Minneapolis” to create a new public safety model.

Days later, City Council President Lisa Bender, a member of the Democratic-Farmer-Labor Party, told news outlets that there are enough votes to dismantle the city’s police department, although she didn’t elaborate on the specifics. Bender also made comments on CNN that were widely criticized after saying that calling the police during a break-in “comes from a place of privilege.”

“We are going to dismantle the Minneapolis Police Department. And when we’re done, we’re not simply gonna glue it back together. We are going to dramatically rethink how we approach public safety and emergency response. It’s really past due,” Ellison, who had also professed his support for far-left militant group Antifa, wrote on Twitter.

Minneapolis Mayor Jacob Frey, however, voiced opposition to the move. When he was asked by a group of protesters, Frey said he wouldn’t commit to defunding the department before the crowd booed him and told him to go home.

“We need to entirely shift the culture that has for years failed black and brown people,” he told NPR. “We need a full structural revamp. But abolishing the police department? No, I think that’s a bad idea.”

More than a dozen Minneapolis officers published a letter on Thursday that condemned the actions of Chauvin, expressing support for reforms, the Star-Tribune reported. They stopped short of calling for the abolishment of the police department.

Following Floyd’s death, Minneapolis was overwhelmed by the riots, leading to a number of businesses being vandalized, looted, or destroyed.

Minnesota Gov. Tim Walz, who called in the National Guard, noted that the city’s response to the unrest was an “abject failure.”

One prominent manufacturing company, 7-Sigma Inc., will not return to Minneapolis. The owner told the Star-Tribune that he cannot trust public officials after the response after his plant burned.

“They don’t care about my business,” said Kris Wyrobek, president and owner of 7-Sigma Inc. “They didn’t protect our people. We were all on our own.”

“The fire engine was just sitting there,” Wyrobek added, “but they wouldn’t do anything.”