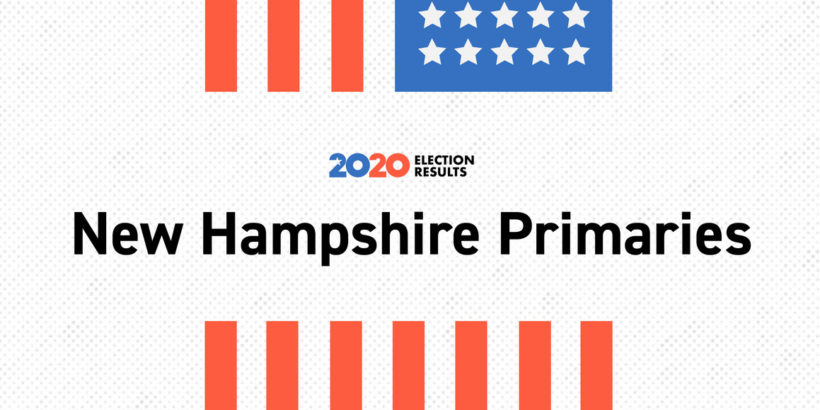 Voters in New Hampshire started voting early Feb. 11 and will continue throughout the day as political observers keep a close eye to see who emerges as the Democratic winner after the chaotic caucuses in Iowa.

Former South Bend Mayor Pete Buttigieg, 38, was declared the winner of the caucuses but his campaign and that of Sen. Bernie Sanders (I-Vt.), 78—who came second—filed requests to recanvass on Monday amid widespread disputes on the final tallies.

The first votes in New Hampshire took place just after midnight, when three small townships in the state cast their ballots. Polls in two cities opened at 6 a.m.; the opening times in other areas varied, with some as late as 11 a.m. Voters in many parts of the state would have until 7 p.m. to cast votes; others would have until 8 p.m.

A winner is expected to be projected by the end of the day.

Republican President Donald Trump, 73, was expected to easily win another state with only one longshot challenger, former Massachusetts Gov. Bill Weld, 74, left in the race. But the winner of the Democratic primary is still very much open.

New Hampshire has 33 delegates that will be awarded based on vote totals for candidates who earn more than 15 percent of the vote across the state or in at least one of the state’s two congressional districts.

“News organizations may try to apportion delegates based on early results, but they may be wrong because they don’t consider each Congressional district’s total—which are the numbers used to assign delegates,” the New Hampshire Democratic Party said in a statement.

While the party is in charge of running a primary or caucus in other states, the primaries in New Hampshire are run by the state’s secretary of state.

The primary is the first in the nation, which is mandated by state law.

While the Iowa caucuses were roiled by issues with an application designed to speed up and make easier the reporting of precinct results, New Hampshire officials said no such problems will happen in the primaries.

The primaries will have voters cast ballots that are primarily counted by machines not connected to the internet, in stark contrast to the relatively complex caucuses that include three different sets of numbers.

Machines used to count the votes were tested by the city and two clerks, Gardner said. The results were confirmed by hand. After the tests, which were conducted in public, the vote-counting boxes were locked up until Tuesday.