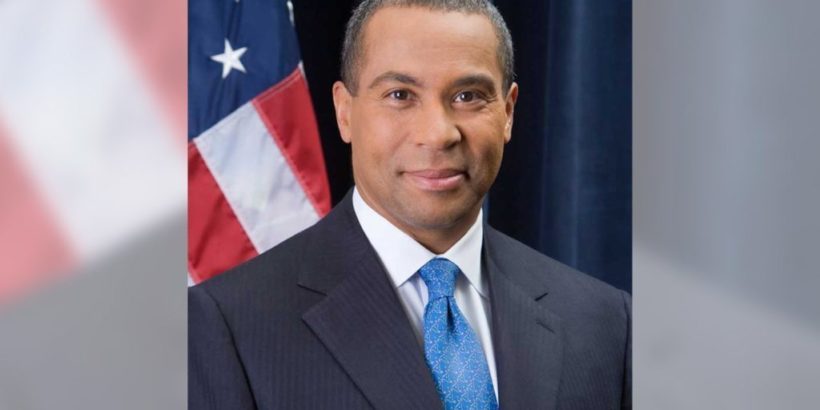 Joe Biden is barely hanging on as the frontrunner and Barack Obama just slapped him in the face with Deval Patrick.

Never before in the history of the modern presidential campaign have we seen such a thing.

The news former Massachusetts Gov. Deval Patrick has decided to pull the trigger on a late presidential run is nowhere near as interesting or consequential as the why behind his decision.

At this point, there are really only two people who could scramble the board: Oprah Winfrey and Michelle Obama. Patrick is waaaay behind in the crucial areas of fundraising and field organization, and has no national name recognition.

Nevertheless, Patrick, a popular two-term governor, has some things going for him. At 63, he’s younger than 77-year-old Biden (But who isn’t? — oh, yeah, Bernie Sanders.), he’s not disintegrating mentally and physically like Biden, he’s not a demented socialist like Bernie and Elizabeth Warren, he’s older than 37-year-old Pete Buttigieg, and as a black man he can win those votes in South Carolina.

In other words, had he launched his campaign months ago, he might very well be the frontrunner today.

Granted, there are also some benefits to jumping in late. He’s a clean slate without any gaffes, and he knows what the competition is up to.

The deficits, however, are huge. On top of money and organizational issues, after leaving the governor’s office in 2015, he went to work for *shuts off lights, places flashlight under chin* BBBBAAAAAIN CAAAAAAPITAL.

In a party openly embracing socialism, a party that turned the words “Bain” and “Capital” into the Boogeyman… Well, let’s just say Warren and Sanders are going to have a field day. And if the unexpected happens and Patrick does win the nomination, Trump will have countless clips of Obama and other high profile Democrats (not to mention the media) declaring Bain a disqualifier for the presidency.

Patrick’s late entry is a Hail Mary, but a calculated one… The question is, why?

Well, Patrick and Obama are close. In fact, Obama tried to talk Patrick into running last year, but was turned down. Patrick feared the ugliness of the race, his wife was ill, and he was probably thrilled to be making a pile of money giving women cancer.

But Patrick is getting in now, isn’t he? And it is more than fair to assume he’s getting in because Obama begged him to. The reasons are obvious…

As is being reported everywhere, the smoke-filled-room fellas, the leaders of the Democrat Party, the money men, the Obamas, etc., are terrified of Warren’s socialistic tendencies, know Buttigieg is too young and too gay… But most of all they know Old Joe Biden just doesn’t have the stuff.

To be fair, Slow Joe never had the stuff. He’s always been a terrible presidential candidate, and there are reports Obama tried to discourage him from running.

And then there’s Joe and his son Hunter looting China and Ukraine, the two countries Obama put Biden in charge of. Although Democrats and the media are frantically trying to cover for Biden with this stupid impeachment crusade, Trump’s numbers haven’t moved, while Quid Pro Joe’s have sunk.

Don’t forget Joe’s looting reflects on Obama, on his legacy, and if impeachment hits the Senate for a trial, Republicans are in charge over there, which means any trial that takes place will be a referendum on Joe and Hunter Biden just as Iowa and New Hampshire get ready to vote.

Obama is looking at his legacy, he is looking at the quality of a hapless Democrat field, and he is so concerned he just stabbed Biden, his ever-loyal vice president, right in the back, and is doing so with the  biggest vote of “no confidence” a frontrunner ever received in modern presidential politics.

Sure, Patrick may swipe some New Hampshire voters from Warren and Bernie, but that’s unlikely. The Democrats who back Bernie and Warren are in love. No, Patrick’s beliefs align more closely with Biden, and the threat he represents is aimed right at Biden’s Achilles heel: the black vote that is just barely keeping Biden above water.