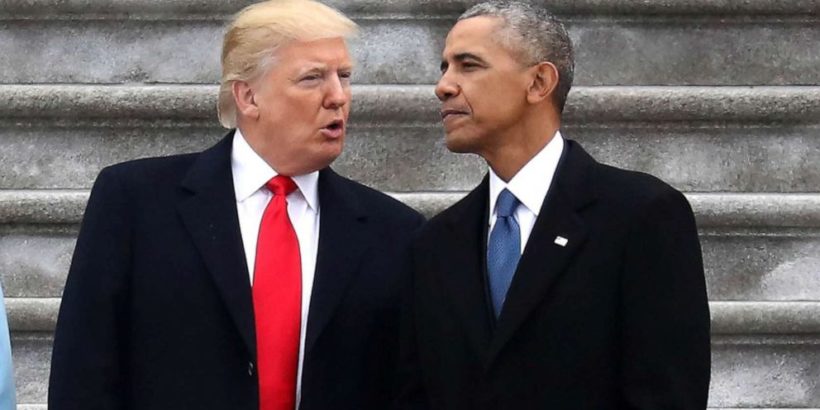 Even with unemployment at record lows, the economy continues to surpass expectations. In January the economy added 225,000 jobs, smashing expectations of 158,000, and marking the best monthly jobs gain in five years. The unemployment rate increased slightly to 3.6% – but only because more people are re-joining the labor force (and will likely be employed shortly). The employment to population ratio rose to its highest level since November 2008.

That’s just the latest good economic news in a presidency that’s been characterized by countless economic records. And taking credit for it all…. is Barack Obama.

Yesterday was the eleven year anniversary of Obama signing his so-called economic stimulus package into law, which he credited for the longest streak of job creation in American history.

This comes just days after a Gallup poll found that most American voters credit Trump, not Obama for the booming economy.

Contrary to Obama’s claim, the stimulus was hardly the “magic wand” he’s advertising it to be. I wrote a detailed rebuttal of the stimulus in 2018, all of which is applicable today in demonstrating the objective failure that the stimulus was. That is republished below (with data updated accordingly when necessary)

And if that wasn’t bad enough…

The Unemployment Rate Was STILL Higher Than Advertised!

Despite unemployment being higher than predicted in absence of the stimulus, the true rate is still masked in large part because the labor force participation rate declined. A person is only counted as unemployed if they’re out of work and currently looking for work. But if an unemployed worker simply gives up looking, they’re no longer counted as “unemployed” in the statistics, even though their situation remains unchanged.

Under President Trump, nearly 75% of new employment is coming from outside of the labor force. The labor force participation rate stood at 63.4% as of January, and there is still room for growth. The economy headed into the 2008-09 financial crisis with 66% participation, and peaked in the 2000s at just over 67%. America’s unemployment rate is currently so low that it would have to nearly double to be on par with the European average.

The Speed of the Recovery

The Obama recovery of the last seven years remains the worst in postwar American history. Average gross domestic product (GDP) growth since the bottom of the recession in 2009 was barely above 2.1% per year. The average since 1949 is well above 4% per year during the previous 10 expansions.

Had Obama’s recovery kept pace with historical averages, incomes would’ve been 20% higher at the end his presidency than they actually were.

The Obama economy lagged both his administration’s own predictions, and that of past presidents.  And if all of this wasn’t true, Obama wouldn’t have spent his entire presidency blaming his poor economy on George W. Bush.