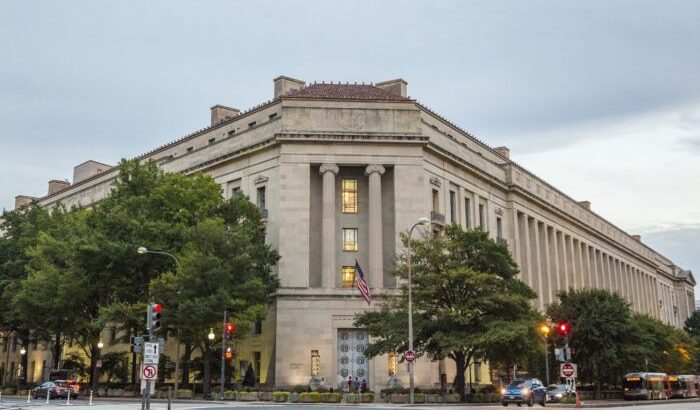 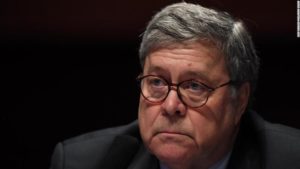 Outgoing Attorney General William Barr on Wednesday gave his last update on Operation Legend, a Trump administration initiative to drive down violent crime in major inner cities, saying that the program had led to over 6,000 arrests since its launch earlier this year.

The operation was launched in Kansas City, Missouri, in July and has since been expanded to eight cities that saw rising crime rates this past year. It involves surging federal agents and resources to inner cities to assist local and state law enforcement officials tackle violent crime and restore public safety.

Of those who were arrested, about 1,500 were charged with federal offenses, and 467 were suspected of homicide. The program also resulted in the seizure of 2,600 firearms, more than 32 kilos of heroin, more than 17 kilos of fentanyl, more than 300 kilos of methamphetamine, more than 135 kilos of cocaine, and more than $11 million in drug and other illicit proceeds.

“Operation Legend removed violent criminals, domestic abusers, carjackers, and drug traffickers from nine cities which were experiencing stubbornly high crime and took illegal firearms, illegal narcotics, and illicit monies off the streets. By most standards, many would consider these results as a resounding success—amid a global pandemic, the results are extraordinary,” Barr, who is leading the department before Christmas, said in a statement.

“When we launched Operation Legend, our goal was to disrupt and reduce violent crime, hold violent offenders accountable, and give these communities the safety they deserve in memory of LeGend Taliferro, whose young life was claimed by violent crime. Undoubtedly, we achieved it,” he added.

The operation was named after four-year-old Taliferro who was shot and killed while sleeping in his home in Kansas City in June. The other cities the program was expanded to are Chicago, Illinois; Albuquerque, New Mexico; Cleveland, Ohio; Detroit, Michigan; Milwaukee, Wisconsin; Memphis, Tennessee; St. Louis, Missouri; and Indianapolis, Indiana.

During his tenure, Barr made tackling violent crime a priority in his department, including cracking down on firearm crimes. The department had introduced other similar programs and plans such as Operation Relentless Pursuit and a five-point plan, named Project Guardian, to reduce gun violence.

Meanwhile, the department on Tuesday released its final report on law enforcement following a study conducted by the President’s Commission on Law Enforcement and the Administration of Justice. The review was initiated in order to study the state of American policing and determine specific measures to reduce crime and promote the rule of law.

The resulting report provided 10 overarching proposals for change that addressed areas such as fostering respect for the rule of law, alleviating the impact of social problems, crime reduction, and the health and well-being of officers.