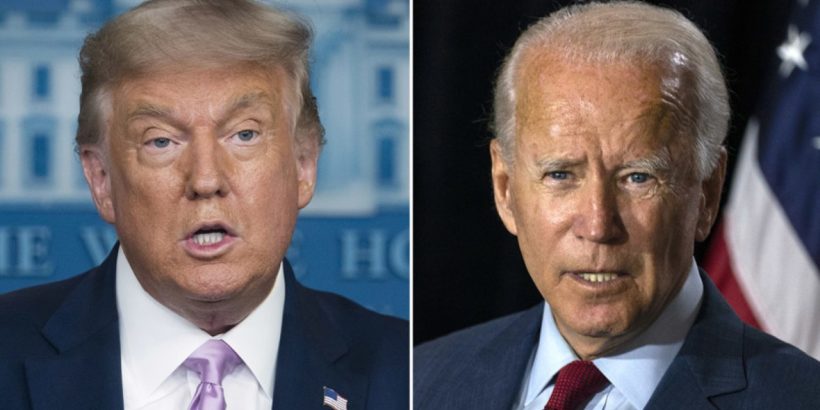 So Mitch McConnell thinks it’s over. We need to congratulate Biden (whom I have taken to calling “President Asterisk”), forget everything, put it all behind us, and move on. According to Mitch, the greatest political crime in American history is something you just walk away from.

Mitch is not alone in this, nor was he the first. Mitch’s neighbor Sen. Lamar Alexander on Dec, 13 stated, “The presidential election is over. States have certified the votes. Courts have resolved disputes. The electors have voted. I hope that President Trump will put the country first, take pride in his considerable accomplishments, and help president-elect Biden get off to a good start.” Others include Byron York and William Jacobson of Legal Insurrection, who is simply “tired… so tired…” and of course, the dapper young gents at NRO, who… well, playmates, don’t let me commence.

The consensus among this crowd is that there is no upside to continuing the fight, no benefits to be gained, nothing at all to be achieved. Instead, we should back down, as Republicans and conservatives have done a thousand times before, take our whipping, resign ourselves to the fact that no honest election from dogcatcher on up will ever again occur in the U.S., and prepare the single suitcase we’re allowed while we wait for the truck to take us to Alger Hiss Reeducation Camp at Prudhoe Bay.

All this, like much else said about Donald Trump, is nonsense. Trump’s great struggle to secure his victory is not only acceptable, not only justified, it is necessary.

All these arguments are based on the premise that this was a normal election. Well, maybe with a tad more cheating than usual, but… In four years, there will be another one.

But it wasn’t a normal election. There has been cheating in U.S. presidential elections previously – the Adams/Jackson matchup in 1824, Hayes/Tilden in 1876, and Kennedy/Nixon in 1960 – but the difference with those is that there was no ideological component. The Democrats today are not simply out to win an election by any means necessary. Along with that, they have a long-term plan that the One called “the transformation of America,” today subsumed under something called the “Great Reset.”

We all know what this is about: left-wing totalitarianism under another name. The Green New Deal will take away our jobs, our transportation, our homes. BLM will remove our stature as the inheritors of western civilization. Antifa groupthink will take away our democracy and our constitutional rights, from freedom of speech to the right to bear arms. We needn’t go on. You get the picture.

That’s what it’s about. As has so very often been the case in the last four years, Trump knows things that some very well-educated and well-connected people don’t.

Here are the reasons why Donald Trump needs to continue fighting:

But then we look up to see Trump – and Giuliani, and Powell, and all the happy few – out there still swinging. It is magnificent and inspiring. It’s something that provides hope when hope seems very thin.

They have destroyed their own bases. Large areas of Minneapolis and Portland have been burned to the ground. Much of downtown Seattle is a looted wasteland. Half the small businesses in California have closed due to state COVID, uhh… “policies,” I guess they call them, and a full third in both New York State and New Jersey. These are the leftist heartlands, and they have been gutted, transformed into urban Appalachias, flatlined economies that won’t even begin to recover for years. The leftist response? Why, they’re doubling down. They want to keep things locked up for another two years, they say. And you will do what you’re told.

So the American left, posturing as triumphant, is truly at the end of a long branch that is even now starting to crack. But the only individual acting as if this was the case, the only one preparing the battlespace for an eventual response, is Donald Trump.

It’s extraordinary that we haven’t heard anybody articulate the points above. Clearly, the arguments are all in favor of fighting on. The defeatists have absolutely nothing going for them, beyond the fact that giving in is a longstanding GOP tradition.  The GOP just wants things to be the way they were. They are never again going to be the way they were.

The fight is not over. As Donald Trump so clearly showed, the path ahead requires backbone, savvy, and guts. We are seeing that, for all his grand achievements, the greatest moment of Trump’s presidency, the moment in which he did the most for his country, came when he was leaving it.