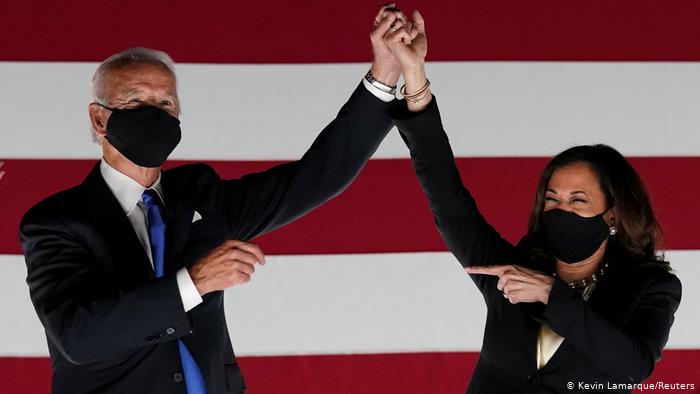 What kind of man must Joe Biden be to accept being illegitimately put into the Oval Office?

We’ve all seen the clips.  Nearly every recent Joe Biden public appearance has been an embarrassment.  The media called his garbled statements ‘gaffes,’ as if they were innocent, harmless mistakes, but many have suggested far worse age-related cognitive failures.  We experienced embarrassment with him, and pitied a man clearly past his prime.  What seemed most prominent about Joe Biden, other than his mental decline, was his obsession with one singular goal — to be president of the United States.
He first ran for president in the 1988 presidential election.  He didn’t last until the first primary, being forced to drop out when caught in multiple lies about his background, his upbringing, his academic record, and for plagiarizing other politicians.  Twenty years later, he ran again in the 2008 presidential election, but dropped out after coming in fifth in the Iowa caucuses, with less than 1% of the vote.  He was later chosen as Barack Obama’s running mate.
After eight years of office there, and four years out, he announced his run in the 2020 presidential election, where his plagiarism problem came up again as some of his policy positions were lifted verbatim from other organizations.  The blame was immediately deflected to his staff, and the scandal seemed not to touch him.
For most politicians, such scandals end careers, but Joe Biden outlasted the scandals, and remained in office for more than four decades, really only rising above the noise on three occasions.
The first was as Chairman of the Senate Judiciary Committee during the Clarence Thomas Supreme Court confirmation hearings, where he conducted what Thomas called “a high tech lynching” of a black man who dared to be a conservative.  Thomas was still confirmed, though, and remains on the court today.
The second time was as Barack Obama’s vice president, where little was heard from him, but much has since surfaced about family conflicts of interest during that period, including illicit family business relationships with several adversary foreign countries.
Third, and finally, is the present day.  While the election is still contested, and more evidence of widespread Democrat fraud surfaces daily, Biden speaks and behaves as if he were the clear and universally accepted victor.
Looking back, one may ask, ‘Why didn’t Biden run in 2016 as the heir-apparent after eight years as vice president?’  He claims it was due to the death of his son, but here’s the far more likely answer:  Because Obama lacked confidence in him.
Obama said of Hillary, in 2016:  “I don’t think there’s ever been someone so qualified to hold this office.”

When Biden announced his 2020 run, Obama reportedly told him, “You don’t have to do this, Joe, you really don’t.”

During the campaign, Obama said of Biden, “Don’t underestimate Joe’s ability to f**k things up.”  In reference to a connection to the Democrat electorate, Obama said, “And you know who really doesn’t have it?  Joe Biden.”
Obama’s own Secretary of Defense, Robert Gates, wrote in his 2014 memoir, while Obama and Biden were still in office, that Joe Biden “has been wrong on nearly every major foreign policy and national security issue over the past four decades.”
Ben Rhodes, Obama’s former deputy national security adviser, wrote, “…in the Situation Room, Biden could be something of an unguided missile.”
The picture is getting clearer as to the kind of man Joe Biden is, from those who worked closest with him.
But there’s more.
In 1972, only weeks after Biden’s first election to the Senate, Neilia and Naomi Biden were tragically killed in a collision with a tractor trailer.  His sons, Beau and Hunter, were both seriously injured and hospitalized.  Neilia was Joe Biden’s first wife, and Naomi his 13-month old daughter.  During a public appearance in 2007, Biden told his audience, “A tractor-trailer, a guy who allegedly — and I never pursued it — drank his lunch instead of eating his lunch, broadsided my family and killed my wife instantly and killed my daughter instantly and hospitalized my two sons …”  He had also told the story in 2001.
The truck driver was Curtis C. Dunn, and he was not drunk.  In 2008, Delaware Superior Court Judge, Jerome O. Herlihy, who oversaw the police investigation as chief prosecutor, recalled that Mrs. Biden drove into the path of Dunn’s tractor-trailer, and he did all he could to avoid hitting the car, including overturning his truck and trailer.  Following the collision, Dunn ran to the car and was the first to render aid.  He remained traumatized by the accident, and the media’s repeated retelling of it, for 27 years, until his death in 1999.
In 2008, Dunn’s daughter, Pamela Hamill, said she had had enough of Joe Biden’s lies about her father, and demanded an apology.  “I just burst into tears,” Hamill said.  “The story already is tragic enough.  Why did he have to sensationalize it by saying my father was drunk?  My family is outraged.”
Hamill told Politico in 2019 that Biden did apologize in 2009, a full ten years too late for the man he had wrongfully and repeatedly publicly humiliated.
In 1977, Joe married Jill after her first marriage had broken up.  They met on a blind date in 1975.  That’s the romantic story they tell, but her first husband, Bill Stevenson, tells it differently.  He says he and Jill had helped on Biden’s first campaign in 1972, and that he first suspected they were having an affair in 1974.  “Then one of her best friends told me she thought Joe and Jill were getting a little too close.  I was surprised that she came to me.”  Soon afterward, he discovered the truth.  Today, Stevenson says, “Joe Biden stole Jill from me.”
It’s clear Joe Biden is not the type whose intelligence, competence, or mastery of even a single topic has ever been a point of envy.  Those he worked with have not thought highly of him, and the few times he has risen into the spotlight, he has failed to accomplish anything of note on his own accord.  Without the coattails of another, namely Barack Obama, Joe Biden would have vanished from public life over a decade ago.  Had it not been for other Democrats sabotaging Bernie Sanders in the 2020 Democrat primary, Biden would have certainly fallen away early.  If he hadn’t sold his soul to the socialist and progressive wings of their fractured party to get support, the Democrats couldn’t have manufactured enough votes to save him.
There is one certainty about Joe Biden, and Barack Obama capitalized upon it.  So did China.  So did Ukraine.  So did Iraq.  So did Kazakhstan, and others.  One thing he has proven time and time again is that he’s for sale.  He will take the position and use his elected powers to implement the policy most beneficial to Joe Biden and his family.  Remember the flip-flopping fracking fiasco?  He is a piece of moldable flesh, a useful idiot, who will do what he’s told and paid to do.  His positions change as his handlers change.  He is wholly void of any core beliefs, a single bank of knowledge he could be considered an expert in, the ability to think for himself, or any recognizable moral principles.  His Catholic faith does not even conform to the Catholic Church teachings.
The question is not whether Joe Biden is a liar, it is whether he is a compulsive liar (sees his lies as clearly untrue, but cannot stop himself from telling them; lies out of habit), or a pathological liar (sometimes believe their own lies; plan their lies in advance).  He’s also a serial liar (lies repeatedly over time).  But whatever type, he is undoubtedly a liar.  Proof:  here, here, here, here, here, here, here, here, here, and here.  That’s more than enough.
So back to the original question: What kind of man must Joe Biden be to accept being illegitimately put into the Oval Office?  From his speech on Monday, after the Electoral College vote, I must reiterate everything above, and add one more word:  Oblivious.
https://www.americanthinker.com/
Donald N. Finley is a retired U.S. Air Force Colonel.