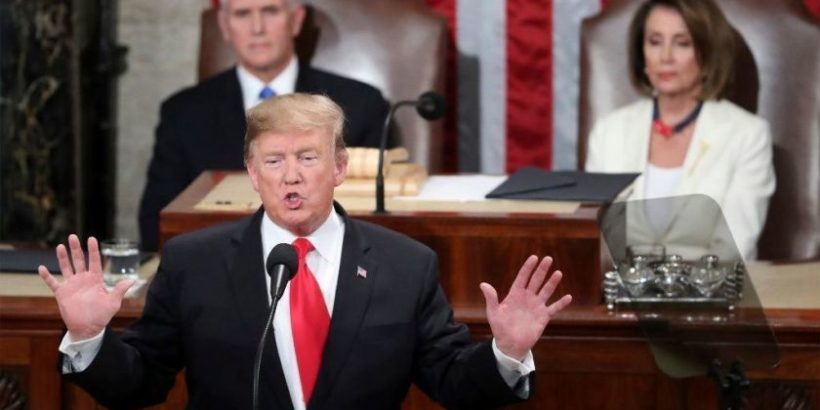 House Speaker Nancy Pelosi said on Thursday that a $2.3 trillion spending package has now been sent to President Donald Trump for signature. The announcement comes after efforts to increase the $600 stimulus checks in the deal to $2,000 apparently failed earlier in the day.

“The bipartisan COVID relief & omnibus bill has been enrolled. The House & Senate are now sending this important legislation #ForThePeople to the White House for the President’s signature,” Pelosi said in a Twitter post. “We urge him to sign this bill into law to give immediate relief to hard-working families!”

The funding measure was agreed on by the House and the Senate on Sunday following months of stalled negotiations and posturing. The more than 5,500-page bill passed both houses of Congress to the dismay of some lawmakers—from both sides of the aisle—who said they did not have sufficient time to read the mammoth bill.

The package includes a $1.4 trillion omnibus bill that will fund defense spending and domestic programs and $900 billion in COVID-19 pandemic relief. The bill was heavily criticized by President Donald Trump and others for “wasteful items” and “unnecessary” spending such as sending hundreds of millions of dollars overseas for foreign aid and funding domestic programs for entities that are “not even open for business.”

Trump, in a video message on Tuesday, threatened to veto the bill unless more money is given to the American people as stimulus checks.

Pelosi vowed earlier on Thursday that she would call House members back into session on Monday to vote on the $2,000 direct payments.

“Monday, I will bring the House back to a session where we will hold a recorded vote on our standalone bill to increase economic impact payments to $2,000,” Pelosi said in a statement. “To vote against this bill is to deny the financial hardship that families face and to deny them the relief they need.”

Hundreds of millions of dollars are being sent as forms of aid to foreign countries and other forms of American engagement abroad, according to the omnibus bill. This spending has come under intense scrutiny in recent days.

The bill provides $1.4 billion under the 2018 Asia Reassurance Initiative Act. This law seeks to promote U.S. security interests in the Indo-Pacific region such as providing funds to counter certain destabilizing activities by the Chinese Communist Party and resisting emerging threats like the nuclear and ballistic missile programs of North Korea.

Moreover, Trump on Tuesday was concerned that a significant amount was going to other countries instead of struggling Americans.

“This bill contains $85.5 million for assistance to Cambodia, $134 million to Burma, $1.3 billion for Egypt and the Egyptian military, which will go out and buy almost exclusively Russian military equipment, $25 million for democracy and gender programs in Pakistan, $505 million to Belize, Costa Rica, El Salvador, Guatemala, Honduras, Nicaragua, and Panama,” he said.

Tom Ozimek and Masooma Haq contributed to this report.