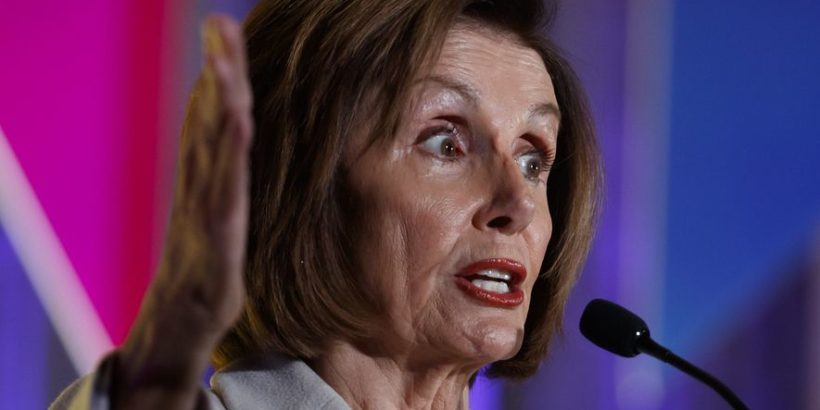 House Speaker Nancy Pelosi announced on Monday that a vote will be held this Thursday “that affirms the ongoing, existing investigation that is currently being conducted by our committees” as part of the Democrats’ impeachment inquiry, according to the Washington Post.

The resolution will authorize the disclosure of deposition transcripts, as well as set forth due process rights for President Trump, according to Pelosi. It will also establish a procedure for open hearings.

Pelosi sent the following letter to House Democrats (emphasis ours):

Dear Democratic Colleague,
For weeks, the President, his Counsel in the White House, and his allies in Congress have made the baseless claim that the House of Representatives’ impeachment inquiry “lacks the necessary authorization for a valid impeachment proceeding.” They argue that, because the House has not taken a vote, they may simply pretend the impeachment inquiry does not exist.
Of course, this argument has no merit. The Constitution provides that the House of Representatives “shall have the sole Power of Impeachment.” Multiple past impeachments have gone forward without any authorizing resolutions. Just last week, a federal court confirmed that the House is not required to hold a vote and that imposing such a requirement would be “an impermissible intrusion on the House’s constitutional authority.” More than 300 legal scholars have also refuted this argument, concluding that “the Constitution does not mandate the process for impeachment and there is no constitutional requirement that the House of Representatives authorize an impeachment inquiry before one begins.”
The Trump Administration has made up this argument — apparently out of whole cloth — in order to justify its unprecedented cover-up, withhold key documents from multiple federal agencies, prevent critical witnesses from cooperating, and defy duly authorized subpoenas.
This week, we will bring a resolution to the Floor that affirms the ongoing, existing investigation that is currently being conducted by our committees as part of this impeachment inquiry, including all requests for documents, subpoenas for records and testimony, and any other investigative steps previously taken or to be taken as part of this investigation.
This resolution establishes the procedure for hearings that are open to the American people, authorizes the disclosure of deposition transcripts, outlines procedures to transfer evidence to the Judiciary Committee as it considers potential articles of impeachment, and sets forth due process rights for the President and his Counsel.
We are taking this step to eliminate any doubt as to whether the Trump Administration may withhold documents, prevent witness testimony, disregard duly authorized subpoenas, or continue obstructing the House of Representatives.
Nobody is above the law.