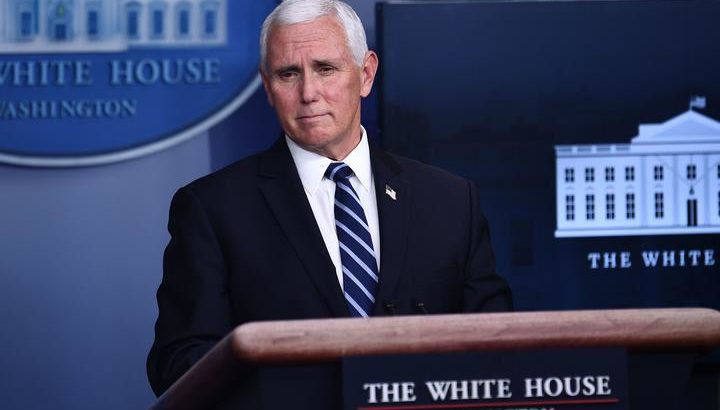 Vice President Mike Pence addressed the upcoming Jan. 6 electoral challenge, saying that President Donald Trump and Republicans will “have our day in Congress.”

“I know we all got our doubts about the last election … I promise you, come this Wednesday we’ll have our day in Congress. We’ll hear the objections. We’ll hear the evidence, but tomorrow is Georgia’s day,” Pence told a crowd in Rock Springs Church in Milner, Georgia, while he was campaigning for Sens. Kelly Loeffler (R-Ga.) and David Perdue (R-Ga.), who face a Senate runoff election on Jan. 5.

Pence, as vice president, is the president of the Senate. During the Joint Session on Jan. 6, he will read the electoral votes for all 50 states. Although some legal experts have suggested that he has the ability to reject slates of electors in certain states, others have stipulated that Pence only has the ability to count states’ electors.

Pence’s role in the upcoming Joint Session was brought into a different light last week after Rep. Louie Gohmert (R-Texas) filed a lawsuit against the vice president to strike down a provision in the 1887 Electoral Count Act. Gohmert in his lawsuit—which was later dismissed—asserted that Pence is empowered by the Constitution’s 12th Amendment to reject states’ electors who favored Joe Biden.

The vice president on Monday didn’t elaborate more on his role during the Joint Session of Congress.

Pence’s chief of staff last week said the vice president welcomes efforts by lawmakers to challenge the results on Jan. 6, saying he “shares the concerns of millions of Americans about voter fraud and irregularities in the last election.”

Earlier in the speech, Pence told the crowd that Republicans have thousands of people watching the election this time and encouraged people to come out and vote for Loeffler and Perdue. The Republican senators are facing off against Democrats Raphael Warnock and Jon Ossoff for potential control of the Senate.

About a dozen Republican senators and around 50 House Republicans have pledged to object to key states’ electoral votes in the midst of allegations of voter fraud, irregularities, and what they say are unconstitutional laws that changed restrictions around mail-in ballots. The challenge requires at least one senator and representative, which would then trigger a two-hour debate on a state’s electoral votes before a majority vote is held on whether to accept or reject a state’s electors.

Sen. Ted Cruz (R-Texas) announced late last week that he and 11 other Republican senators would object unless an “emergency audit” is performed in light of fraud allegations. The first to do so was Sen. Josh Hawley (R-Mo.), who argued that millions of Trump voters are demanding it.

Hawley and other House members pointed to previous Democratic challenges during the electoral count. Notably, they said, former Sen. Barbara Boxer and a House representative challenged electoral votes in Ohio that were in favor of then-President George W. Bush.

The move isn’t supported by all Republicans in Congress, however, including members of the Senate GOP leadership.

Democrats in the House and Senate have pledged to mount a defense against the GOP challengers.

“The voters have spoken. The Electoral College has spoken. The courts have spoken,” said Rep. Hakeem Jeffries (D-N.Y.), chair of the House Democratic Caucus, to reporters on Monday. He added that Democrats are going to “defend in a serious, solemn, and substantive fashion.”