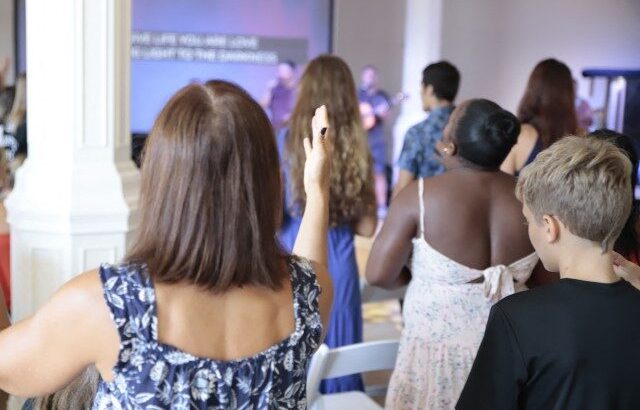 Churches all across the country famously closed down during much of the pandemic, creating tension in some communities that wanted to continue to meet regardless of local or state rules. But by now most Americans recognize that the pandemic is over. Even President Joe Biden made that admission last month.

There has been an uptick of Americans returning to normal activities, showing the fundamental desire of Americans to return to a state of pre-pandemic normalcy. A Rasmussen Reports survey released in April, for example, found that slightly more Americans planned on attending an Easter church service than did the year before:

In the same vein, a report from Christianity Today found that more millennials are attending church now than prior to the pandemic.

More millennials attend church weekly now than before the start of the pandemic. According to a Barna group survey of 13,000 adults, roughly 16 percent of regular churchgoers have not returned to services at all in 2022, but weekly attendance among those born between 1981 and 1996 has risen from 21 percent to 39 percent this year.

“The trend can be partly explained by life stage,” the report adds, noting that attendance is typically “highest when people have young children” and drops off for “empty nesters,” only to increase again “when friends start to pass away.”

The report coincides with a June Gallup poll, which found belief in God sinking to an all-time low in the U.S.:

According to the survey, most U.S. adults — 81 percent — believe in God. But while that figure seems high, it is actually the lowest percentage ever reported in this survey. Up until 2011, over 90 percent said they believed in God, but the number has continued to drop, now down eight points from the 89 percent who expressed belief in God in 2016. The previous low was set in 2014, when 86 percent said they believed in God.

Overall, 17 percent currently say they do not believe in God, and according to the survey’s findings, young people and leftists are the most likely not to believe.

It remains unclear which churches millennials are tending to flock to, but the news also coincides with the open embrace of radical left ideologies in certain denominations — the United Methodist Church serving as a prime example. One such church in St. Petersburg, Florida, recently invited a drag queen to preach, as church leaders blatantly distorted scripture — Romans 12:2, specifically —  to promote leftist ideology widely accepted by the world.