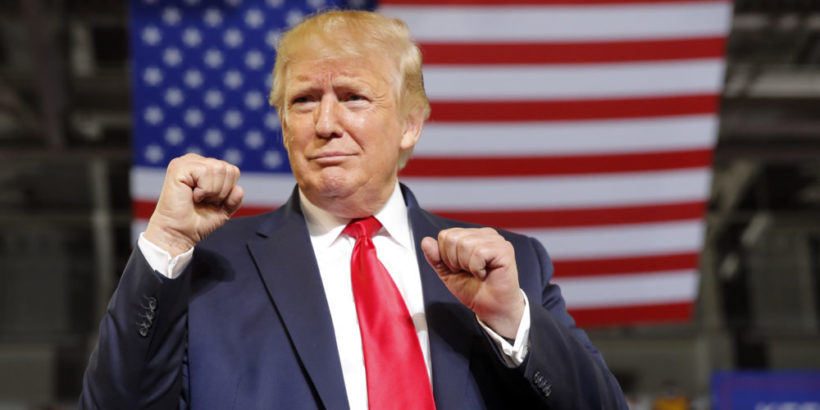 Representatives and senators are expected to object to Electoral College votes on Wednesday, which will set off a procedure allowing Republicans to air allegations of vote fraud.

A growing list of Republicans in the House say they will object to electors from several states when the Congress convenes on January 6, U.S. Rep.-elect Marjorie Taylor Greene (R-GA) detailed on Wednesday.

Ballotpedia reported that the Electoral Count Act of 1887 requires at least one representative and one senator to object to a state’s electors for it to be registered:

Once a House member and Senator submit an objection, the two chambers of Congress separate to debate for two hours and to vote on whether to continue counting the votes in light of the objection. Both chambers must vote by a simple majority to concur with the objection for it to stand, otherwise the objection fails.

Chances may be slim that the House will endorse an objection, given Democrats control the chamber.

Critical Senate runoff elections are taking place the day before in Georgia, and even if Republicans lost both of the seats — which would create a 50-50 tie if both newcomers are immediately sworn in — Vice President Mike Pence would act as a tie-breaking vote, as he is constitutionally president of the Senate:

If both chambers of Congress affirm the objection and the objection results in no one candidate receiving the necessary 270-vote Electoral College majority, the 12th Amendment dictates a congressional process for selecting a president and vice president. The House of Representatives votes to elect the new president. As a bloc, members of the House cast one vote per state, choosing between the three candidates who received the most Electoral College votes. The Senate votes to elect the Vice President, casting one vote per senator.

Greene told The Kyle Olson Show this week that Republicans are eyeing six states’ electors to which they will object, which means there could be 12 hours or more of debate following the joint meeting.

On Wednesday, Sen. Josh Hawley (R-MO) announced he will object to at least one state, triggering the process.

In a news release, Hawley said he will object “to highlight the failure of some states, including notably Pennsylvania, to follow their own election laws as well as the unprecedented interference of Big Tech monopolies in the election.”

“Following both the 2004 and 2016 elections, Democrats in Congress objected during the certification of electoral votes in order to raise concerns about election integrity. They were praised by Democratic leadership and the media when they did,” Hawley noted.

According to CNN, Democrats interrupted then-Vice President Joe Biden 11 times during the proceedings.

“The electors were not lawfully certified, especially given the confirmed and illegal activities engaged by the government of Russia,” Rep. Jim McGovern said during the process.

He failed to receive the support of a senator.

“People are horrified by the overwhelming evidence of Russian interference in our election,” Rep. Barbara Lee (D-CA) claimed while contesting Michigan’s electors.

Jackson Lee did not have the support of a senator, either.

In 2005, when 31 Democrats objected to electors from Ohio who cast ballots for incumbent President George W. Bush, then-Minority Leader Nancy Pelosi said, “The Members of Congress who have brought this challenge are speaking up for their aggrieved constituents, many of whom have been disenfranchised in this process. This is their only opportunity to have this debate while the country is listening, and it is appropriate to do so.”

She continued, “If there were other venues of this caliber, we would have taken that opportunity. But this is the opportunity. We have a responsibility to take advantage of it.”

In that instance, Democrats failed to receive support from a senator.

Kyle Olson is a reporter for Breitbart News. He is also host of “The Kyle Olson Show,” syndicated on Michigan radio stations on Saturdays–download full podcast episodes. Follow him on Parler.