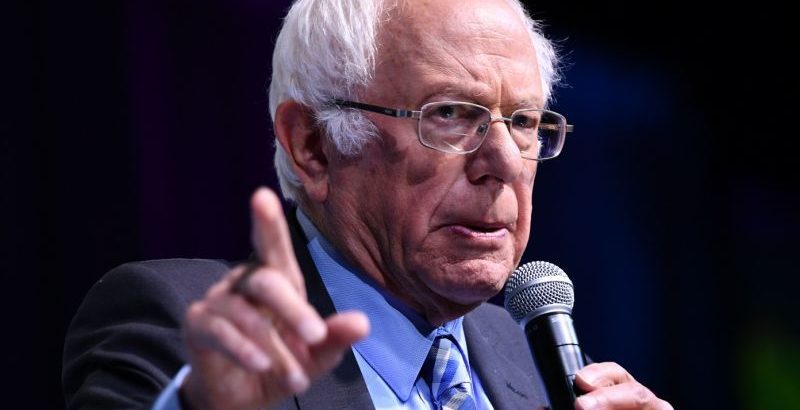 Sanders Won’t Release Plan for How to Pay for Medicare for All Plan: ‘I Don’t Think I Have To’

Sen. Bernie Sanders (I-Vt.) said he won’t release a plan showing how he’d pay for Medicare for All, claiming, “I don’t think I have to do that right now.”

Sanders and fellow 2020 contender Sen. Elizabeth Warren (D-Mass.) have jockeyed with rivals who say Sanders’s plan for a government takeover of the health sector—which Warren supports—is impossible because of the high costs it would bring.

Warren has repeatedly refused to say whether the plan would cause taxes for the middle class to rise; Sanders has said it would, but has never provided a plan showing how Medicare for All would be funded.

Medicare for All is projected to cost $32.6 trillion over 10 years.

Sanders was asked how he’d fund the plan during an interview published on Oct. 29.

“We’re trying to pay for the damn thing. At a time of massive income and wealth inequality, it is my view that the wealthiest people in this country, the top 1/10th of 1 percent should be paying substantially more than they’re paying right now. You have an insane situation. Let my Wall Street friends there tell me why it makes sense,” Sanders told CNBC.

Sanders suggested a wealth tax could contribute substantially to funding Medicare for All but was pressed for more specifics.

“The fight right now is to get the American people to understand that we’re spending twice as much per capita, that of course we can pay for it. We’re paying it now in a very reactionary, regressive way. I want to pay for it in a progressive way,” the self-described socialist responded.

“You’re asking me to come up with an exact detailed plan of how every American—how much you’re going to pay more in taxes, how much I’m going to pay. I don’t think I have to do that right now,” he added.

Sanders claimed, “At the end of the day, we will pay for every nickel of Medicare for All, and it will save the overwhelming majority of the American people, who will no longer pay premiums.”

Sanders’s statements came about a week after Warren said she’d be releasing a plan detailing how much Medicare for All would cost and how she’d pay for it if she were elected president.

“We need to talk about the cost and I plan, over the next few weeks, to put out a plan that talks about, specifically, the cost of Medicare for All, and, specifically, how we pay for it,” she said on the campaign trail in Iowa.

“Right now, the cost estimates on Medicare for All vary by trillions and trillions of dollars. And the different revenue streams for how to fund it—there are a lot of them. So this is something I’ve been working on for months and months and it’s got just a little more work until it’s finished.”