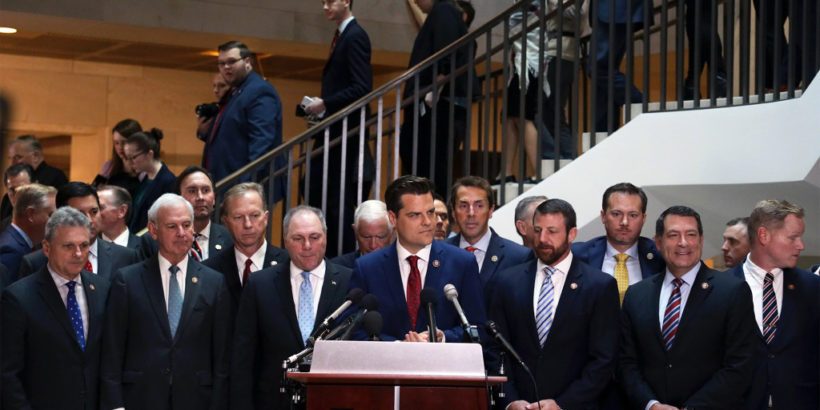 Laura Cooper, a senior official who oversees Ukraine policy, arrived Wednesday morning on Capitol Hill to appear before the House panels conducting the investigation. Shortly afterward, more than two dozen Republican House members held a news conference outside the secure room in the Capitol where the deposition was taking place.

The Republicans decried that the deposition was happening behind closed doors and said Americans should be able to read the transcripts of any interviews being conducted as part of impeachment.

Republicans then walked into the meeting unannounced, and the deposition was put on hold. The two sides were trying to resolve the standoff, Republicans who left the meeting said.

According to House Republican lawmakers, the move prompted Schiff to threaten them with ethics complaints.

“Adam Schiff just SHUT DOWN his secret underground impeachment hearing after I led a group of Republicans into the room. Now he’s threatening me with an Ethics complaint!” Rep. Bradley Byrne (R-AL) wrote on Twitter.

Adam Schiff just SHUT DOWN his secret underground impeachment hearing after I led a group of Republicans into the room. Now he’s threatening me with an Ethics complaint! I’m on the Armed Services Cmte but being blocked from the Dept. Asst. SecDef’s testimony. This is a SHAM!

Rep. Mark Walker (R-NC) said: “Adam Schiff, clearly peeved that he will no longer be able to hide his impeachment sham, is threatening ethics punishment for all of us. 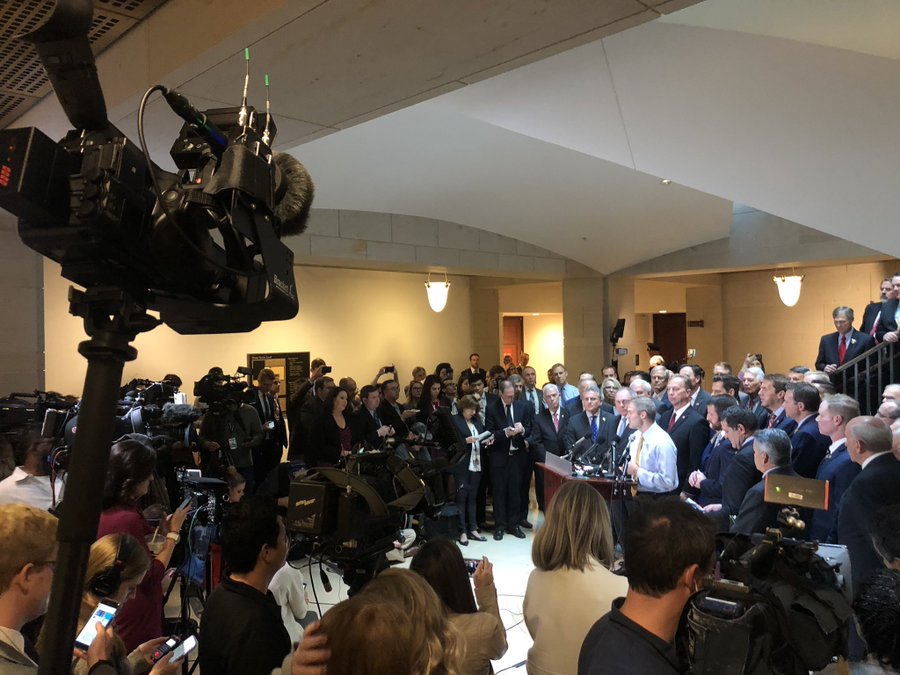 Although House Minority Leader Rep. Kevin McCarthy (R-CA) did not attend the press conference, a spokesperson for the top Republican expressed support for it.

“Each member of Congress represents nearly 710,000 Americans,” said McCarthy spokesman Matt Sparks. “It is their duty and responsibility to see and understand all of the documents that Democrats are referring to in their attempt to remove a duly elected President from office. The current structure is unprecedented, unfair, and undemocratic. Our members are demanding fairness.”