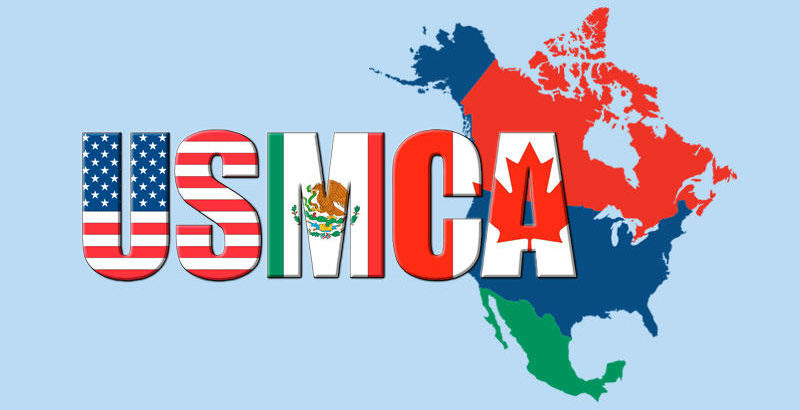 WASHINGTON—The U.S. Senate on Jan 16 approved the U.S.–Mexico–Canada Agreement (USMCA) in an 89 to 10 vote. The agreement now heads to President Donald Trump’s desk for his signature.

With the same kind of bipartisan support, the USMCA cleared the U.S. House of Representatives 385-41 on Dec. 19.

The Senate approval comes a day after Trump signed the “phase one” trade deal with China that marked a milestone in the nearly 2-year-old trade dispute between the world’s two biggest economies.

The USMCA will replace the 25-year-old North American Free Trade Agreement (NAFTA). It maintains tariff-free access to Mexico for U.S. exporters. And for Canada, it provides tariff-free access for 99 percent of U.S. goods and lifts some non-tariff barriers facing U.S. dairy and poultry exports.

The United States, Canada, and Mexico agreed on the new trade deal in October 2018 after a lengthy and intense negotiation process, and the countries’ leaders signed it on Nov. 30, 2018. The deal, however, was caught in the tangle of U.S. congressional approval since then.

Democrats, who control the House, raised issues concerning enforcement, labor, environmental, and pharmaceutical provisions of the agreement. The Trump administration and House Democrats formed a working group to address those issues. After months of negotiations, both sides resolved their differences on the agreement.

The USMCA is estimated to have a significant impact on the U.S. manufacturing sector, particularly automotive. A study by the Office of the U.S. Trade Representative found that the agreement would boost automotive manufacturing investments in the United States by $34 billion over the next five years, adding nearly 76,000 new jobs.

“Despite the improvements Democrats secured to better protect workers: I am voting against USMCA,” Schumer wrote on Twitter before the Senate vote. “Because it doesn’t address climate change, the greatest threat facing our planet.”