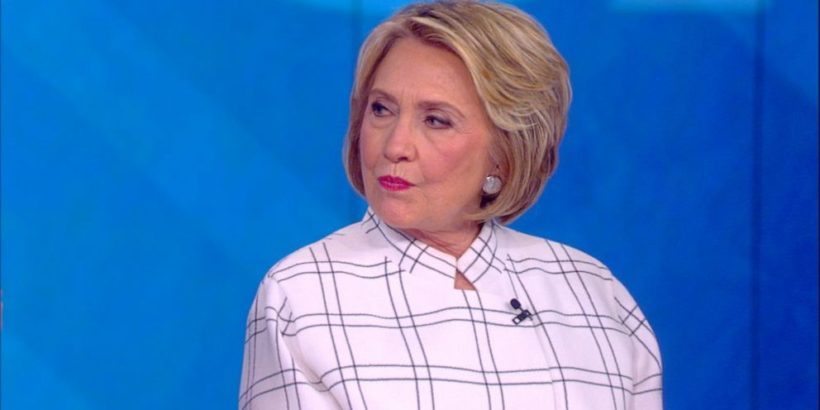 The department determined that those 38 people were “culpable” in 91 cases of sending classified information in messages that ended up in Clinton’s personal email. The 38 are current and former State Department officials but were not identified in the report that was sent to Congress this week.

The investigation covered 33,000 emails that Clinton turned over for review after her use of the private email account became public. The department said it found a total of 588 violations involving information then or now deemed to be classified, but could not assign fault in 497 cases.

The development follows reports that the State Department had widened its inquiry into Clinton’s private email server usage, with investigators questioning numerous aides of the Obama-era official in the past month.

Some former Obama administration officials have attempted to discredit the investigation by accusing the Trump administration of targeting them. However, one current official retorted that “the process is set up in a manner to completely avoid any appearance of political bias.”

“This has nothing to do with who is in the White House,” another official affirmed to the Washington Post. “This is about the time it took to go through millions of emails, which is about three and a half years.”

A Federal Bureau of Investigation (FBI) review of Clinton’s server found over 100 emails contained classified information, including 65 emails deemed “Secret” and 22 considered “Top Secret.” In addition, 2,093 emails, which were not labeled classified, were retroactively classified by the State Department.

Yet, the FBI ruled in July 2016 that Clinton did not commit any crimes, despite characterizing her private email usage as “reckless.” Then-FBI Director James Comey infamously drafted a statement exonerating Clinton prior to the investigation’s completion.

Department of Justice Inspector General Michael Horowitz issued a stinging rebuke of the FBI’s handling of the investigation in June 2018, writing that Comey’s conduct during the probe as “insubordinate.”