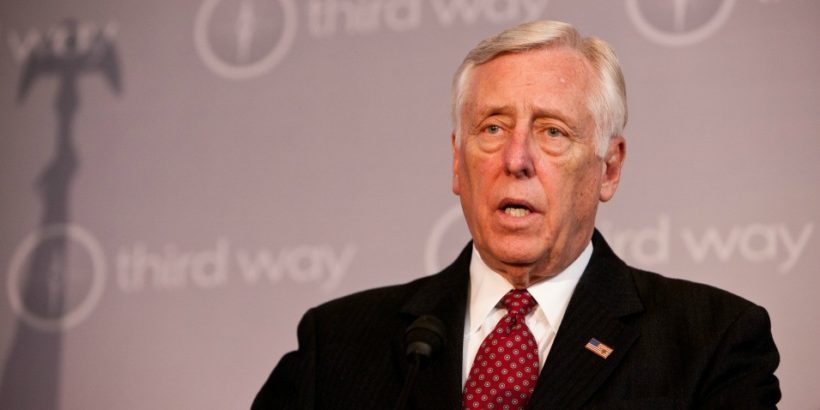 House Majority Whip Steny Hoyer (D-MD) has signaled he will not commit to House Democrats voting this week to formalize their secret impeachment inquiry, even after House Speaker Nancy Pelosi (D-CA) said a vote is expected to take place on Thursday.

“We’re going to have to consider whether or not it’s ready to go on Thursday. I hope that’s the case,” Hoyer told reporters on Tuesday when asked about the planned vote.

The House announced Monday that it will move Thursday to determine whether to establish impeachment inquiry procedures into President Trump. The text of the resolution was not immediately released, but House Rule Committee Chairman Jim McGovern (D-MA) said it would “provide a clear path forward” on the impeachment inquiry.

“This is the right thing to do for the institution and the American people,” said McGovern.

Pelosi stated in a letter Monday that the resolution was not legally necessary but the House decided to take the vote “to eliminate any doubt as to whether the Trump administration may withhold documents, prevent witness testimony, disregard duly authorized subpoenas, or continue obstructing the House of Representatives.” 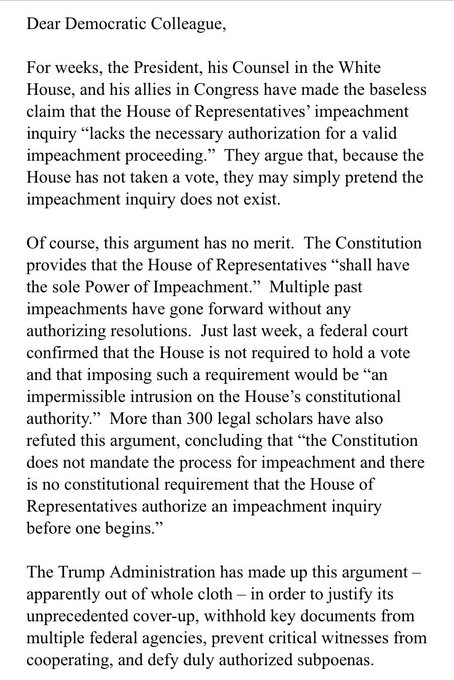 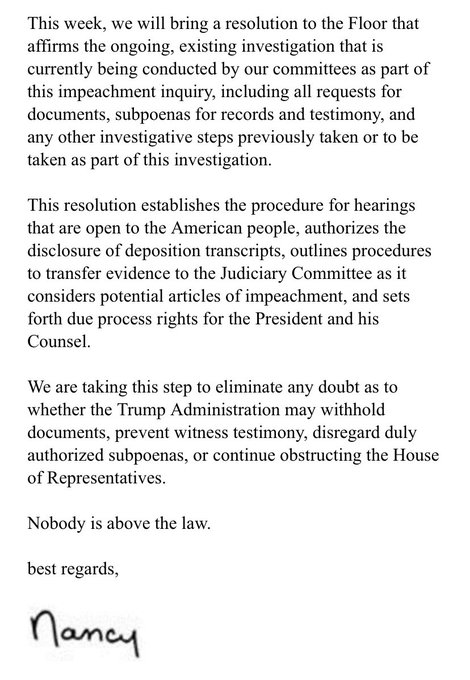 “For weeks the president, his counsel in the White House and his allies in Congress have made the baseless claim that the House of Representatives’ impeachment inquiry ‘lacks the necessary authorization for a valise impeachment proceeding.’ They argue that, because the House has not taken a vote, they may simply pretend the impeachment inquiry does not exist,” she wrote.

The resolution will establish procedure for open hearings, authorize the release of deposition transcripts and outline how the Intelligence Community can transfer evidence to the House judiciary committee, Pelosi said.

Pelosi’s announcement came after weeks of pressure on House Intelligence Committee Chairman Adam Schiff (D-CA) from Republicans to bring the impeachment probe out from the shadows.

Schiff’s intel House intel panel has interviewed various current and former Trump administration officials inside Capitol Hill’s SCIF room, known as a sensitive compartmented information facility. Republicans argue Schiff has no basis to use the secret bunker for interviews and have accused the California Democrat and his colleagues of selectively leaking excerpts of witnesses’ testimony to the media. Last Wednesday, roughly 30 House Republicans attempted to storm the chamber as Laura Cooper, a top Department of Defense official, was scheduled to testify.

“Behind those doors they intend to overturn the results of an American presidential election. We want to know what is going on,” Rep. Matt Gaetz (R-FL), who led the group of Republicans, said at a press conference prior to attempting to enter the secured room.

The UPI contributed to this report.