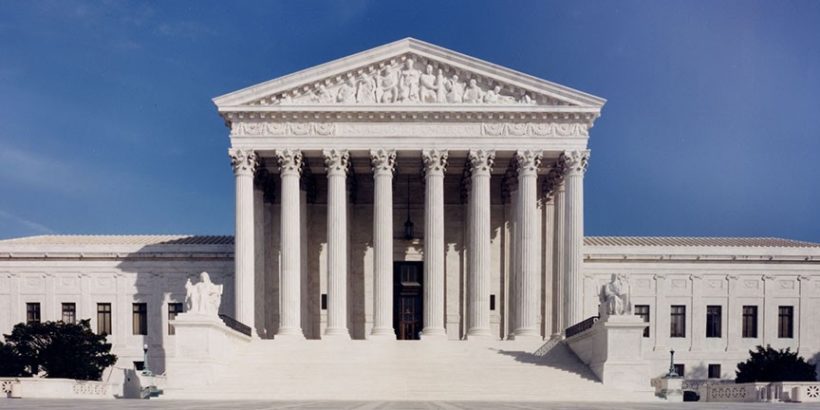 WASHINGTON—A legal challenge in the Supreme Court to the constitutionality of the Consumer Financial Protection Bureau, which was originally envisioned by Democratic presidential contender Sen. Elizabeth Warren (D-Mass.) could lead to a dramatic election-year curbing or even dissolution of the powerful financial regulator.

Warren’s campaign didn’t immediately respond to a request for comment by The Epoch Times, although the senator commented on Twitter on the day the Supreme Court decided to take the case.

“Big banks and their Republican allies have been trying to kill the CFPB for years, and the Trump administration is hoping the right-wing, pro-corporate Supreme Court will help. I’ve got news for them: Like it or not, the CFPB is constitutional,” Warren wrote on Twitter.

Republicans accuse the agency of overreach. Rep.Jeb Hensarling R-Texas) concluded a Wall Street Journal opinion piece by saying, “The CFPB has eroded freedom, trampled due process and killed jobs. It must go.”

After House Democrats filed a brief with the Supreme Court urging the justices not to take up the case, the high court agreed Oct. 18 to hear the matter that is cited as Seila Law LLC v. CFPB.

The California-based law firm had refused to honor CFPB’s request for documents and challenged the entity’s structure, claiming it was unconstitutional because its director, unlike the typical federal official, isn’t accountable to the elected president of the United States who appointed him or her.

Seila Law, which assists clients in obtaining relief from consumer debt, stated in its petition to the court that in early 2017, the CFPB “issued a civil investigative demand … as part of an investigation into whether [the law firm] violated federal consumer-financial law.” The firm asked the agency to withdraw its demand, and the agency refused.

A panel of the U.S. Court of Appeals for the District of Columbia Circuit ruled in 2016 that the structure of the CFPB was unconstitutional. The director of the agency “is the single most powerful official in the entire U.S. Government, other than the President … [and] within his jurisdiction, the Director of the CFPB can be considered even more powerful than the President,” wrote then-Judge Brett Kavanaugh, who is now an associate justice on the Supreme Court. The full D.C. circuit overturned the ruling in 2018.

The decision to take the case comes as Warren rises in primary polls and her radical policy proposals such as a wealth tax and so-called Medicare for All begin to draw closer scrutiny from her fellow partisans and the media.

The CFPB is widely considered to be Warren’s brainchild, from when she was a commercial law professor. Then-President Barack Obama signed the law creating it in 2010 in the aftermath of the 2008 market collapse, and he appointed Warren to take the lead role in setting up the CFPB.

Left-wing activists wanted Warren, a favorite of documentary filmmaker Michael Moore, to become the agency’s first director, but Republican concerns that the anti-business firebrand—who falsely claimed toasters were more heavily regulated than mortgages— would be too zealous a regulator reportedly prevented her nomination to the post.

After Obama left office, CFPB official Leandra English attempted to become acting director, claiming that the previous director, Richard Cordray, named her as acting CFPB director and that President Donald Trump didn’t have the authority to appoint an interim replacement.

The standoff was eventually resolved and Office of Management and Budget Director Mick Mulvaney—who is now also acting White House chief of staff—came aboard as acting CFPB director. Mulvaney, critics say, substantially weakened the agency. The current director is Kathy Kraninger, who, unlike English, accepts that Trump has the legal authority to fire her if he chooses.

The CFPB came up in the Democratic candidates’ debate Oct. 15 when former Vice President Joe Biden tried to take credit for founding the agency, claiming he helped round up votes for it when he was a conspicuously pro-bank U.S. senator representing Delaware. At the debate, Warren pointedly refused to confirm Biden’s assertion, according to The Week.

Insulating the agency, which was given sweeping powers, from democratic control was an intentional part of the CFPB’s design. It was created in the 2010 Dodd-Frank Wall Street reform law to guard against consumer fraud and abuse in the financial sector. The statute blocks the president from dismissing its director, who has to be confirmed by the U.S. Senate, before that person’s five-year term lapses, unless the termination is for “inefficiency, neglect of duty, or malfeasance in office.”

The CFPB’s unusual funding mechanism also keeps the agency independent. Although it’s allowed to seek funding from Congress, the agency is excluded from the normal congressional appropriations process, and instead receives most of the money it needs to operate from the Federal Reserve System.