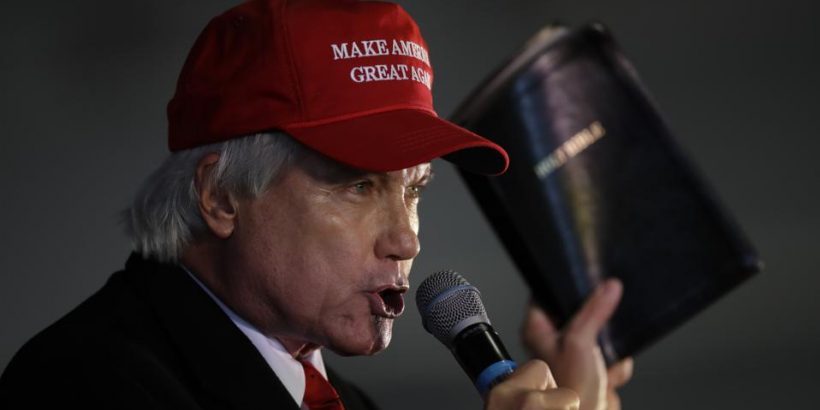 The high court did not issue a comment as it denied Wood’s case (pdf), saying, “The petitions of writs of mandamus are denied.” Wood filed several third-party cases to challenge the results of last year’s election.

Wood had asked the Supreme Court justices to block the Jan. 5 Senate runoff elections in Georgia. Democrats won both Senate seats, giving them a slim majority in the Senate.

A separate lawsuit that was filed in November by Wood was rejected by the Supreme Court in February. That lawsuit alleged that there were numerous problems with how the election was conducted, including signature matching on absentee ballots.

Wood, a high-profile defamation lawyer, has not issued a comment on his Telegram page after the Supreme Court’s decision but said on March 7 that he believes “Georgia is the most corrupt state in our country.”

Wood, 68, said last month that Georgia’s State Bar is attempting to discipline him—which Wood described as a politically motivated act of revenge: “In short, the GA State Bar is trying to crush me to silence me and prevent me from practicing law.”

In dismissing Trump’s final election-related case on the docket (pdf), the Supreme Court did not provide a comment or explanation: “The petitions for writs of certiorari are denied.”

It was the last of three petitions filed at the Supreme Court near the end of Trump’s presidency that the justices declined to take up. The court on Feb. 22 turned away Trump’s other two appeals, including a second Wisconsin challenge and one relating to voting in Pennsylvania, another pivotal state during the Nov. 3 election. Lower courts previously had ruled against Trump in those three cases.

Trump’s lawyers filed a lawsuit two days after Wisconsin certified the election results, challenging a policy that allowed the usage of drop boxes for mail-in and absentee ballots. At the time, a federal judge and an appeals court judge rejected the former president’s elections—saying Trump waited too long to file the suit.

Regarding the Pennsylvania lawsuit, the Supreme Court made its choice to decline to hear election-related cases in mid-February. The GOP had argued in its petition that “important questions of federal law [were] implicated by the Pennsylvania Supreme Court’s 4–3 decision extending the General Assembly’s Election Day received-by deadline and mandating a presumption of timeliness for non-postmarked ballots.”