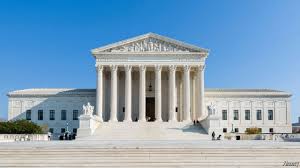 The Supreme Court announced Friday it will take up the case of a Louisiana abortion safety regulation that requires abortionists to have admitting privileges at a nearby hospital.

In February, in the case of June Medical Services LLC v.Gee, the Court issued a temporary stay of a lower court order that blocked Act 620, the Louisiana law that was adopted in 2014. Under the legislation, abortionists were required to have admitting privileges at a hospital within a 30-mile radius in order to provide continuity of care should a woman need emergency treatment as a result of an abortion.

A Louisiana federal district judge cited the Supreme Court’s decision in 2016 in Whole Woman’s Health v. Hellerstedt (WWH) in the decision that Act 620 violated a woman’s constitutional right to abortion as invented by the Court in the 1973 landmark case of Roe v. Wade.

A panel of the U.S. Court of Appeals for the Fifth Circuit reversed the lower court’s decision, and the full court denied the abortion providers’ petition to rehear the Louisiana case.

Lawyers for the abortion providers subsequently applied to the U.S. Supreme Court for an emergency stay while they prepared their petition for the Court to hear their case.

The Supreme Court granted the stay, 5-4, with Chief Justice John Robert siding with the liberal wing of the Court, and Justices Clarence Thomas, Samuel Alito, Neil Gorsuch, and Brett Kavanaugh dissenting. The stay was to last only until the Court received a petition to hear the case and voted on it.

Planned Parenthood acting President Alexis McGill Johnson took to Twitter to express the common abortion proponents’ message that access to abortion must be protected at all costs:

However, Jeanne Mancini, president of the March for Life, said the Supreme Court’s decision to hear a case about an abortion safety regulation is timely.

“Abortion activists are more than willing to lower the bar on women’s health in order to expand abortion, but stricter clinic regulations are in the best interest of women,” she said in a statement, adding:

Just recently we were reminded of the need for more oversight when it comes to abortion, not less, with the appalling case of the abortionist Ulrich Klopfer who collected thousands of aborted babies’ bodies in his home. We applaud the Louisiana bill’s sponsor Katrina Jackson [D] as well as its other supporters for taking concrete steps to protect women in that state.

Observing the possibility that the Court could overturn the 2016 Hellerstedt decision, Father Frank Pavone, national director of Priests for Life said, “Such corrective action is very much needed because we cannot permit laws reasonably related to protecting the health of women be automatically struck down simply because certain abortion facilities would close.”

“In any case, we know that the abortion industry is the most unregulated surgical industry in the nation and that its practitioners are the losers and washouts of the medical profession,” he continued. “Women need protection from abortionists and their shoddy practices.”

Similarly, Students for Life of America President Kristan Hawkins said the Supreme Court “now has a chance in this case to reconsider, reverse, and return Roe v. Wade and the issue of abortion to the American people, which is long overdue.”

“States should absolutely have the right to pass their own health and safety standards designed to protect women inside abortion vendors,” she said. “The inhumanity of abortion must be debated.”